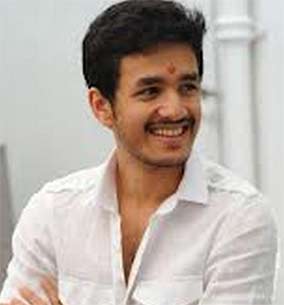 Akhil Akkineni, youngest son of actor-producer Akkineni Nagarjuna, who has been waiting for the right time to enter filmdom has confirmed that he is "confident" of making his cinematic debut this year but hasn't signed any project yet.

"This is the year I have been waiting for a long time. No dates no confirmations but this is the year I plan to make my way on to the big screen and with all your encouragement I feel confident," Akhil posted on his Twitter page.

"I will announce as soon as a project is finalized but at this point I can only say my life is only starting now," he further posted.

There were rumours that Akhil will play a cameo in Telugu family-drama "Manam", which features actors from three generations of Akkineni clan. But Nagarjuna rubbished all such rumours at a recent event.

Akhil's brother Naga Chaitanya made in his cinematic debut with Telugu action-romance "Josh" five years back.

Anupamaa: Paritosh and Kinjal exchange rings but who is the ...
20 minutes ago