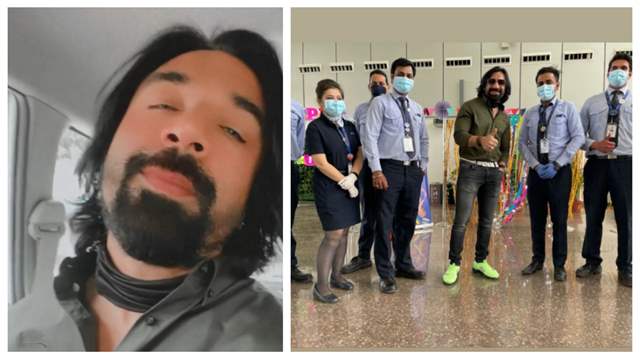 Actor Ajaz Khan was one of the latest names to emerge in the ongoing Narcotics Control Bureau investigation only recently.

Reportedly, Khan was detained at the Mumbai airport today by the NCB and now, he has finally arrived at the NCB office in Mumbai for his alleged connection to drugs.

When getting out of his car, he was mobbed by paparazzi who asked him the reason of being at the NCB headquarters to which he responded that he was called upon. When asked about reports of being detained at the airport, he responded 'No'.

In fact, a while ago, Khan took to his Instagram stories to share a picture with the cabin crew, straight from the airport and he captioned it with, ‘Love u all.’ In fact, he wore the same shirt during his NBC visit as well.

For the uninitiated, Khan’s name came into light in the drug investigation by the NCB after drug peddler Shadab Batata was arrested. Speaking of controversies, in 2018, he was reportedly arrested by the Anti-Narcotics Cell of Navi Mumbai Police for allegedly possessing banned narcotic substances.