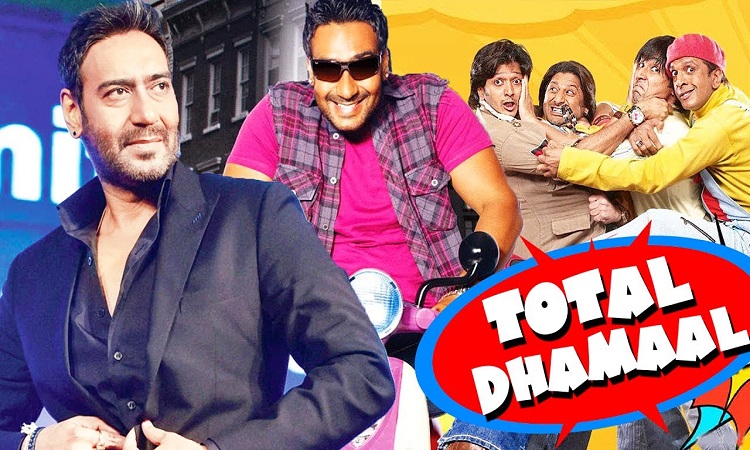 "Total Dhamaal" is an upcoming comedy film directed and co-produced by Indra Kumar along with Ashok Thakeria. The film is the sequel to 2011 film "Double Dhamaal" and the third instalment of the 'Dhamaal film series.

While the first two parts had Riteish Deshmukh, Arshad Warsi, Aashish Chaudhary and Jaaved Jaaferi who will be reprising their roles from the previous films, Anil Kapoor, Madhuri Dixit, Ajay Devgn and Niharica Raizada are the new addition to the film's cast.

Apart from playing the major role in the film, Ajay Devgn will now be producing the third installment along with directors Indra Kumar and Ashok Thakeria. However, this isn't the first film that the actor will be producing. Films like, "Raju Chacha", "U Me Aur Hum", "All The Best: Fun Begins", "Bol Bachchan", "Son Of Sardar", "Singham Returns" and "Shivaay" are the films that the actor has been a part of both, as an actor and producer. And now, after 2 years of "Shivaay", Ajay is back as a producer.

Not just that, but, Ajay will be reuniting with Fox Star Studios to produce the film. Their last venture was six years back with "Bol Bachchan" in 2012.

The team is all set to start the shoot tomorrow that is January 9 and the film is slated to release in December 7, 2018.