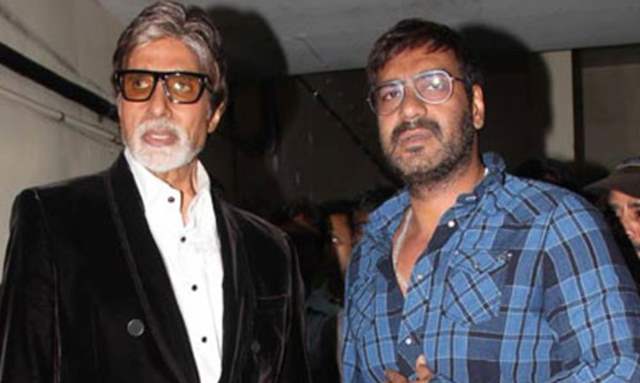 Ajay Devgn is all set to surprise his fans, as the actor will be reuniting with Amitabh Bachchan for a thrilling human-drama titled ‘Mayday’. Previously, the two have made a mark with their memorable collaboration in films like ‘Major Sahab’, ‘Khakee’, and ‘Satyagraha’, and they will reportedly come together for this film which will mark their reunion after almost seven years.

If we are to go by the reports, Ajay will be seen playing a pilot in the film. On the other hand, the Hindustan Times reported that Bachchan’s character is yet to be revealed.

The report also quoted a source that revealed, “Ajay Devgn will not only play the lead in the film along with Big B but also direct the film. This will also be the first time Ajay will be directing Bachchan saab on celluloid. When he was scripting for his next directorial venture, he immediately thought of Amit ji and of and wanted him only for the role. Mayday is a thrilling human story which Big B loved and he agreed to be part of the project when he got the offer from Ajay.”

The film is reportedly being produced by Ajay Devgn Films and Devgn will helm the project.

The film is reported to go on floors this December in Hyderabad after Ajay completes his work on ‘Bhuj’ and Bachchan Senior wraps up his other film and television shooting schedules.

On the work front, Ajay has an interesting set of films lined up for himself which include ‘RRR’, ‘Golmaal 5’, ‘Maidaan’, among others. The actor was last seen in ‘Tanhaji: The Unsung Warrior’. While Amitabh Bachchan is awaiting the release of ‘Brahmastra’. He will also be seen sharing the screen with Deepika Padukone and Prabhas in their upcoming film.