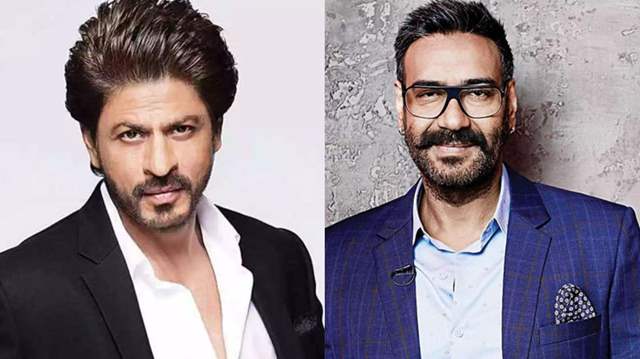 As per reports, ever since the big clash of Ajay Devgn's Son of Sardaar and Shah Rukh Khan's Jab Tak Hai Jaan at the box office, the stars have not been on cordial terms with each other.

Ajay recently revealed to a news portal that his Bollywood equivalents and he, who are from the 90's and who initiated their journeys together have always had a good relationship and assist each other.

Further elaborating, the actor stated that whatever issue exists between SRK and him that the media is reporting on does not exist. Ajay disclosed that they communicate over the phone and that everything is fine. He also stated that whenever one of them has an issue, the other is right by his side. They have mutual trust and faith in one another. As a result, they never really had a problem.

Ajay went on to say that celebrity squabbles are sometimes caused not only by the mainstream press, but also by rival fan clubs. When they fight, people interpret that the actors are also involved in a feud when they are actually speaking about controlling them. For the unversed, both Shah Rukh Khan and Ajay Devgn features in an ad commercial and it is being broadcasted for quite a time now.

On the professional front, Ajay's latest film, 'Runway 34,' was released in theatres and has received mixed reviews from audiences and critics alike. The film also featured Amitabh Bachchan, Boman Irani and Rakul Preet Singh in the lead role.

He will next be seen in 'Drishyam 2' alongside Shriya Saran, Ishita Dutta, Tabu, and Akshaye Khanna. He will also be seen in 'Maidaan' and 'Thank God'.