View Profile
Bollywood's once-upon-a-time action hero is back in action! Yes, we are talking abou 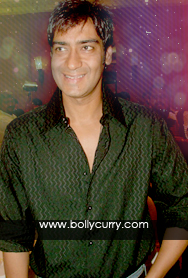 t none other than Ajay Devgn. Ajay, who gave us hits after hits last year, is already set for his new movie shoots. After a hiatus of eight years doing various roles in other genres, Ajay is once again back to his roots - action.
After doing four movies like the Golmaal series and All the Best with director Rohit Shetty, the duo is back once again for another hit. This new movie, which is to be released on 22nd July 2011, is named Singham, remake of the Tamil and Telegu version and a Reliance Entertainment project. Not only does this movie star Ajay Devgn, but along with him is southern beaut,y Kajal Aggarwal, as the opposite lead.
Singham is about a man named Bajirao Singham, played by Ajay Devgn, who is professionally a police officer aggravated by the villain Prakash Raj. The movie is touted to bring back the old memories of the famous Indian raw action which we will get to see Ajay performing. Rohit Shetty complains that since the development of all the new foreign technologies, the old desi action has been left behind. He says that there is no foreign equipment brought for this movie as he wants it to be total desi action. The shoot for the movie is currently in Goa.
Does old desi action sound fun? Make sure to grab seats for the movie on 22nd July!