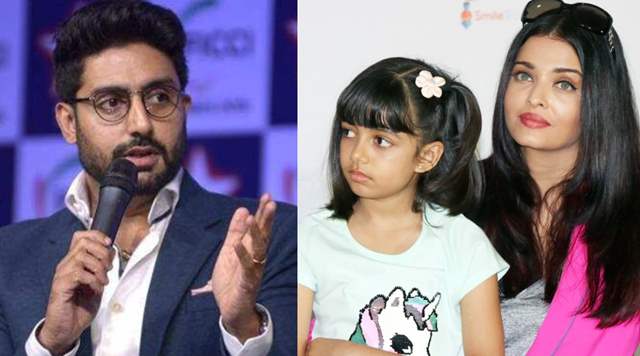 Abhishek Bachchan is currently basking in all the glory for his recently released film, 'The Big Bull'. And for the promotions of the same, the actor has been giving out back to back interviews.

In a recent interview, Junior Bachchan opened up and revealed how his darling wifey and actress Aishwarya Rai Bachchan has trained their daughter Aaradhya Bachchan about the privileges of her life and how to respect everything that God has bestowed upon their family.

As known to all, the Bachchan family is probably one of the biggest and reputed families in the film industry. Be it their stupendous achievements, their prolific wealth, their star power, massive fan base or simply their beautiful value system, everything is at par and it’s not easy carrying that surname!

But, proud father and husband, Abhishek Bachchan feels that his daughter Aaradhya is aware of the family she belongs to and it's all because her mother Aishwarya Rai Bachchan, who made sure she made Aaradhya aware of her family legacy.

In a recent interview, Abhishek Bachchan talked about how Aishwarya has trained Aaradhya since she was a baby, and that she is aware of the privileges, and knows that the Bachchan family enjoys the love and respect of so many million people.

She (Aishwarya Rai Bachchan) made Aaradhya very aware of the family that she came from, from when she was a newborn baby. She knows that her dada and dadi, and her mom and dad are both actors, and that we're very privileged and that we enjoy the love and respect of so many millions, and that you have to learn to respect that and appreciate that, and thank God for it. She's fine, she's very normal about these things. She sees our films, and enjoys them.

Abhishek Bachchan and Aishwarya Rai Bachchan tied the knot in April 2007. The power couple welcomed their baby girl Aaradhya on 16 November 2011. Aaradhya is lovingly known by fans as ‘Beti B’.

On the work front, Abhishek Bachchan was recently seen in the film The Big Bull, which is based on the chronicles of stockbroker Harshad Mehta.

+ 2
1 months ago Good for aradhya. Aish seems to be a very devoted mom