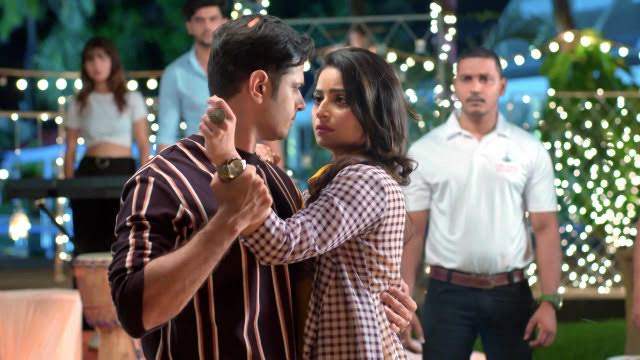 Star Plus might be celebrating in all ways possible where the channel has multiple shows not only working wonders for them but also cracking big numbers. While you expect that from the usuals, the fact that new shows like Ghum Hai Kisikey Pyaar Meiin and Imlie are raking in huge TRPs and clocking in on the Top 5 every other week is indeed a great feat to witness.

And talking about Ghum Hai Kisikey..., one of the reasons the show has been doing so good is it's storyline and of course, the sudden twists it keeps bringing in. Playing one of the leads, Aishwarya Sharma aka Paakhi had an endearing love track going on with leading man Neil Bhatt aka Virat in the show but it actually ended sooner than one would have anticipated.

If you have been wondering like many others why that happened, the actor recently opened up on it in an interview with Tellychakkar.

She said, "I get a lot of messages about the way Virat and Paakhi's love track ended so soon. We developed a great rapport and the chemistry instantly managed to connect to the viewers."

She added, "It was good that our track ended soon because if it would have continued for a longer time, it would have been difficult for the viewers to see them separating because of the connection which was already developed."

Indeed it is good to not just cave in to usual storyline cliches and bring in new things, isn't it?

Madirakshi practices her voice modulation for an upcoming track of ...

ALUJNA21 15 days ago She must be counting the stars during the day while giving this interview...when their live story started that people connected with it???

rithika2015 18 days ago This is the best joke people connecting with virat and pakhi.

sammy17 24 days ago Their love story ended early because virat and pakhi are not the main couple to start with.... duh! Pakhi is only the third wheel, and neither is virat-pakhi actually love. It's childish infatuation.

ltelidevara 26 days ago Actually it can not be called love. It is attraction. Love is what Virat and Sai will feel in due course of time.

LoLo 26 days ago I didn’t like their chemistry and only started watching with Sai and Virat’s interactions. I loved when she used to call him Gabar. I like how they actually talk and are getting to know each other. That’s what builds real relationships, not accidentally falling into each other’s arms every minute.🤣

Sujz 26 days ago They didn't have any chemistry to start with and they're not the leads of the show. The main characters are Sai and Virat.