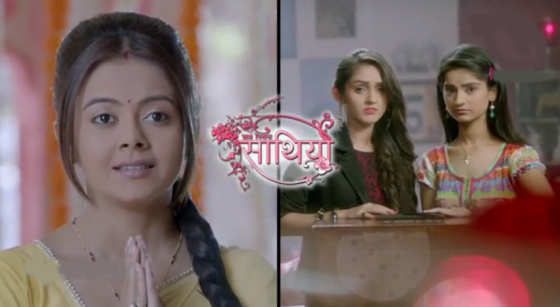 Viewers have been eagerly waiting for Ahem  (Mohammad Nazim) and Gopi (Devoleena Bhattacharjee) to reunite on the show.  And it looks like their wish is about to come true.

Our source informs us, "Ahem will realize his feelings for Gopi as his wife is fighting with death and he can not do anything about it.  Thus he will go to the temple and ask the pundit ji to keep a Vrath Savitri Puja for Gopi as we would like to repent for not having understood his wife earlier.  He will be a part of an extremely tough puja for her and in the midst even get injured.  This will leave Mansi and Meera in shock who both then decide to support him. Mansi (Kajal Pisal) will change her mind and decide to reunite Gopi and Ahem and will leave Ahem forever."

Devoleena's co-star, Kajal Pisal on her stint in 'Bigg Boss 14'

+ 3
5 years ago It is time to close the loose ends and end the serial.

+ 7
5 years ago Star Plus need to understand that people are cannot bare these long running shows. Even the actors should get a chance to do some other shows and explore their acting skills. Playing the same character for years, will become really boring. There are 3 shows, which have so many leaps. It's nuts to see the actors who play mother and daugther being in the same age in reality.

+ 3
5 years ago Ya, I am with the fellow posters on this one. Please end this show ASAP.

But I also concede that this is wishful thinking on my part. The show is no 1 on BARC charts, so... :(

This one, the lamp and wick one (which has made such a big joke out of IPS officers), and the one presumably about a couple's marriage, but is really about their countless buas, chachas, chachis, mamas, mamis, dadas, dadis, cousins, step-siblings and other sundry relatives.


Especially the last one, please. It started when I was in tenth grade. Now it's one year since I finished my postgrad, and I am going to work as a lecturer. But that show is STILL RUNNING!!! I think it'll still be around when I become a grandmother and have to squint to solve the crossword puzzle despite having my glasses on.

+ 4
5 years ago My favourite comedy show. I cnt tell u how I have enjoyed kokila bashing ahem. I have tooo much fun watching this crazy show lol

+ 2
5 years ago Oh great! Ahem and Gopi reunite. The original concept (just guessing since the show is named Saath Nibhana Saathiya) is complete, end it! Come on end it! End it now for God's sake!

+ 5
5 years ago Finally the creatives understood the damage they have done...

+ 3
5 years ago its hightime SP and CVs realize this feeling that they end the show.

+ 4
5 years ago y dont they end with their reunion