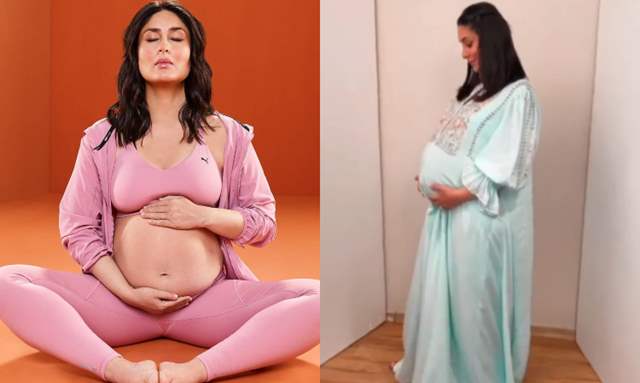 Kareena Kapoor Khan will soon deliver her second baby with husband Saif Ali Khan. The couple is all ready to welcome their second baby into the Pataudi family and Kareena in her recent interaction shared the experience of her second pregnancy and revealed that it is different from the time she had Taimur.

In a chat with Times Now Digital, Kareena shared that she is calmer and 'not going berserk'. The second time around, she is more prepared and confident, added the Laal Singh Chaddha actress who continued working during her pregnancy.

I guess I am more prepared and confident this time around. I was quite nervous and jittery since I was going to turn a mother for the first time. This time around, I am way calmer and thankfully, I am not going berserk yet.

Talking about facing any bias from Bollywood about working amid pregnancy, Kareena revealed that she does not get the fuss around pregnant women working.

Previously, in an interview, Saif revealed that he has been overlooking the renovation work of their new home and will soon be moving out to the bigger apartment. Reportedly, the actor will put his old flat to rent.

On the other hand, Saif and Kareena made the most of their quarantine time together with their little munchkin Taimur Ali Khan. While the actress continued to work through her pregnancy, she is also very active on social media and keeps posting pictures to keep her followers updated, which are a delight to look at.