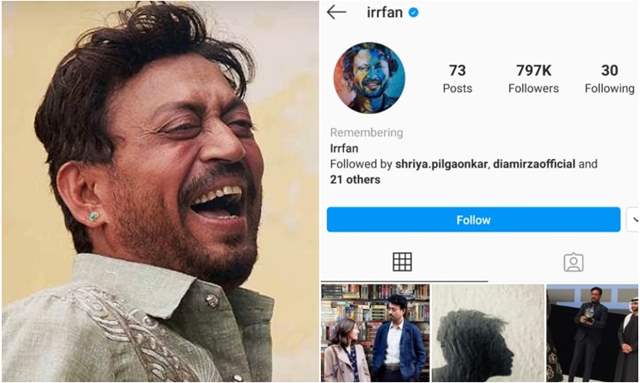 Actor Irrfan Khan left for heavenly abode on April 29, 2020, after battling with neuroendocrine tumour for two long years. The world is still mourning his loss and his fans, friends and family are trying to cope up with his unfortunate demise.

In order to honour his memory, Instagram has memorialised Irrfan’s social media account. The photo-sharing application has added the word ‘Remembering’ to the late actor’s profile.

According to Instagram’s policy, ‘Memorialized accounts’ are existing profiles of deceased people and memorializing them means maintaining the accounts to honour as a tribute. While no one can log in the accounts and make any changes, people can view the previous posts shared on the account. The word ‘Remembering’ will be added to the bio, and such accounts won’t appear in ‘explore.’ 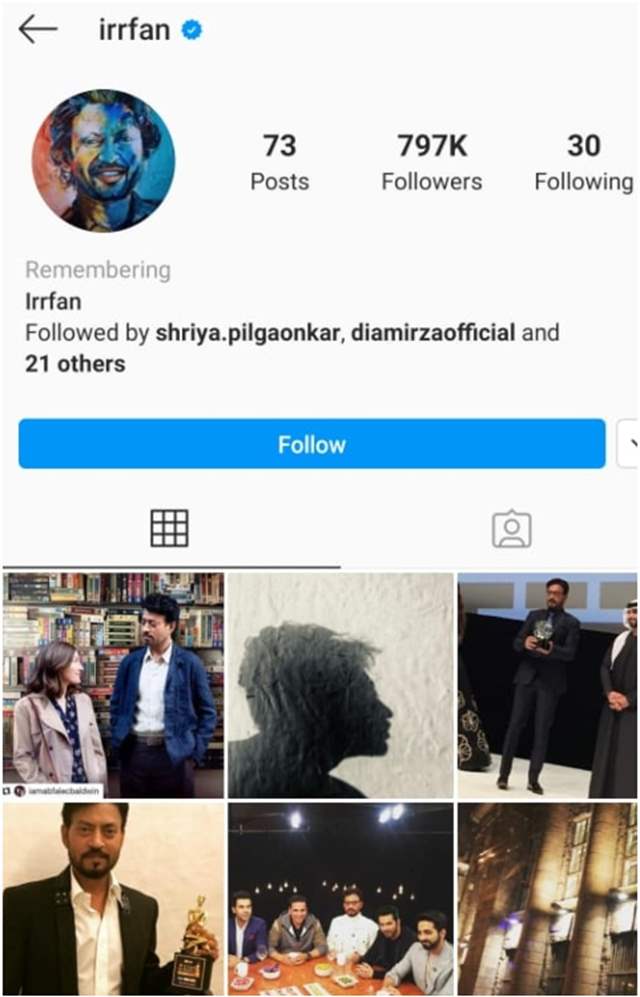 Earlier, late actor Sushant Singh Rajput’s Instagram account was converted into a memorialized profile. Sushant died by suicide on June 14, 2020, at his Bandra residence in Mumbai. While his post mortem report suggests hanging as the reason for death, an investigation is underway in connection to his case. Several names of Bollywood biggies have been linked to the name as professional rivalry in connection to Sushant came to light.

The Mumbai Police is interrogating actors, directors, managers and other people related to Sushant. After Rhea Chakroborty, Sanjana Sanghi, Mukesh Chhabra, filmmaker Sanjay Leela Bhansali has been summoned by the Police to record his statement. The Padmaavat director arrived at the Bandra police station on July 06, 2020.

'Kullfi Kumar' Fame Myra Singh To Make an Entry in 'Maddam ...
10 minutes ago

Himanshi Khurana Rushed To Hopsital After Testing Positive ...
53 minutes ago