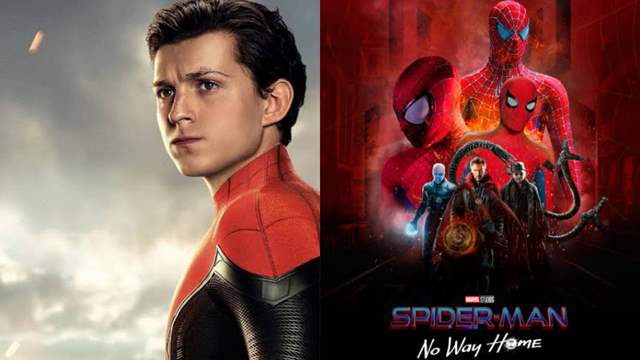 Shortly after BTS photos from the sets allegedly confirmed that the three actors will feature together in the film, lead actor Tom has denied the reports yet again. In his latest statement to the press, Holland insisted that Garfield and Maguire are 'not coming back'.

The actor went on to joke that he knew people didn't believe him but said they would have to believe him at some point.

The star also admitted that seeing the characters back in action means a lot to fans and that watching the previous Spider-Man villains return was a 'huge moment' in cinematic history.

His denial about the actors' return as their version of the web-slinger (in 'Spider-Man' and 'The Amazing Spider-Man') comes after images that appear to be authentic, leaked from the sets and saw the three stars filming scenes together.

The three of them are on a cruise ship at night time, battered and bruised, likely after a fight scene. All three have their masks off and are looking at something out of the frame.

These pictures were also featured on multiple social media handles.

Besides the former two Spider-Men, the leaks also confirmed Charlie Cox crossing over into the MCU as Matt Murdock aka Daredevil.

A video of the character sharing screen space with Peter Parker, Happy and Aunt May has been doing the rounds, thus putting an end to speculation that the star will play Parker's lawyer after the events of 'Spider-Man: Far From Home'.

The synopsis of the upcoming film reads,

"With Spider-Man's identity now revealed, our friendly neighbourhood web-slinger is unmasked and no longer able to separate his normal life as Peter Parker from the high stakes of being a superhero. When Peter asks for help from Doctor Strange, the stakes become even more dangerous, forcing him to discover what it truly means to be Spider-Man."