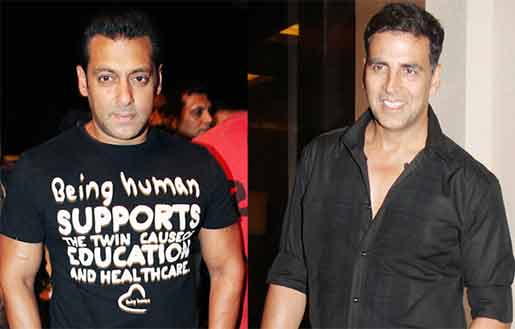 Seems like Bollywood stars are taking charge of their film's singing department too. After Salman Khan who sang in "Kick", Akshay Kumar has given his voice to one track in his forthcoming film "Entertainment".

"And here's a brand new track from #Entertainment sung by yours truly :) Enjoy," he tweeted with the link.

"Entertainment" is directed by debutant duo Farhad-Sajid who have previously penned for "Housefull 2" and wrote the story and dialogues of "Boss".

The film which also features Tamannaah Bhatia, will hit the screens Aug 8.