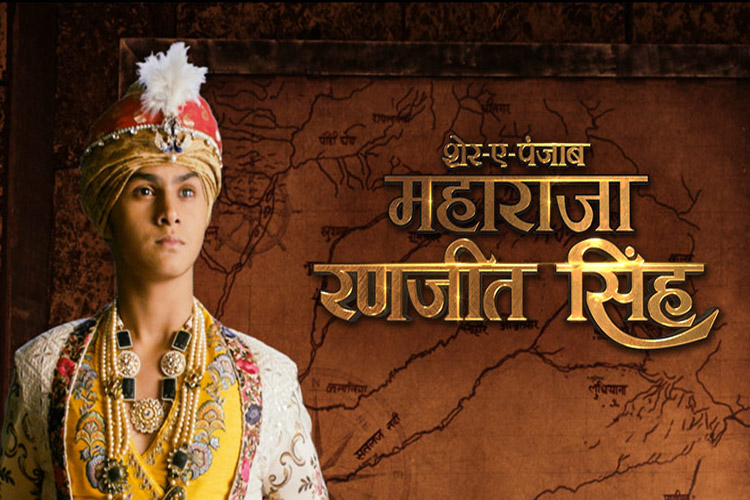 It seems Life OK channel's revamped strategy has hit a roadblock as one of the most ambitious shows, Sher-E-Punjab: Maharaja Ranjit Singh is all set to go off-air by mid-July, precisely July 20.
Yes! As shocking as it sounds, it is true. Recently, we reported about how Har Mard Ka Dard is scheduled to go off-air after a dismal on the rating charts, and now Maharaja Ranjit Singh has followed suit.
The historical show was not only one of the most ambitious projects but also a mega-budgeted one and the ratings never picked up for the show.
Hence, according to reliable sources, the makers and the channel have decided to pull the show off-air also because there are an array of new shows coming up too.
Other projects that were newly introduced by the channel this year include Ghulaam and Prem Ya Paheli? - Chandrakanta.
What do you have to say about the show's early demise from the tube?
0 Likes

'Ramayan' To Once Again Start Re-running On a New Channel, Star Pravah

ChickenSoup 3 years ago This is horrible! Nonsensical shows like YHM YRKKH, Naagin, SNS and SSK run for several years without any interruption while shows like this one dont even make it a year. Ridiculous! This channel seriously needs to be scrapped. I miss Star One!!
Contiloe should have aired this show on & Zee TV or & TV. I'm sure it would have survived! Life OK sucks!!

sawaira 3 years ago Shows like Ghulaam should be the first to go off air. Dunno why the channel is promoting this good for nothing show.

Rangeelafan 3 years ago Why don't they end stupid shows like Ghulaam?

Juhi_04 3 years ago I was scared that's it's PYPC as I watch that show only on Life Ok but the show Ranjit Singh too don't deserve to end. Why don't the crap shows on several channels end instead of running from years. I hope PYPC is safe for many months. Life Ok only promotes that regressive show Ghulaam not others

dey.bh 3 years ago Just bring back starone. Life will be ok then.

Mayavi-26 3 years ago None of the shows from this channel works they should scrapped the channel , they never promote their shows so audience are unaware about the shows on their channel

hinz 3 years ago Phew the thumbnail scared me for a bit... LifeOK needs to seriusly consider hiring a good marketing team and promote all highlights of their shows equally

Revealed: Details about Sunil Grover and Shilpa Shinde's ...
5 minutes ago