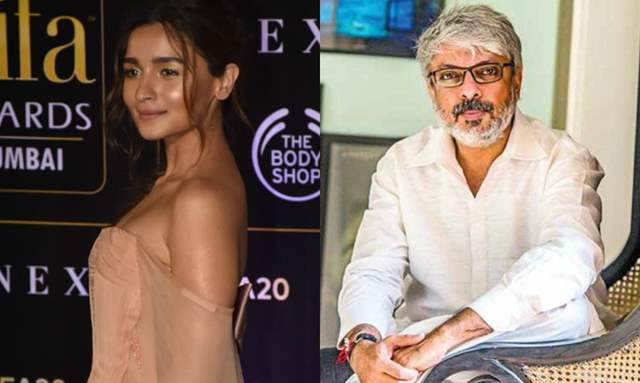 Inshallah was supposed to be the much-anticipated movie of the decade as it would bring Salman Khan and Sanjay Leela Bhansali together after two decades. The entire nation was buzzing with curiosity and excitement to not only watch Salman and SLB come together but also because Alia was going to romance the 53-year-old actor.

But, ever since it was announced that the movie will not be happening due to creative differences between Bollywood’s Bhaijaan and the filmmaker, many things have been written and said, but Alia has till date kept mum about the entire fiasco.

Now after weeks of speculations, rumours and reports with various source quotes, Alia Bhatt has finally opened up about the whole Inshallah getting shelved matter. Yesterday the actress attended the 20th edition of International Indian Film Academy (IIFA) Awards in Mumbai, where she talked about the fiasco.

At the same event, even Salman opened up about Inshallah, he said, “Currently, Inshallah is not being made. Inshallah will be made but at least not with me.”

The Bajrangi Bhaijaan actor attended the award function with newbie Saiee Manjrekar, Mahesh Manjrekar’s daughter, who will be making her Bollywood debut with Dabangg 3. Directed by Prabhudeva, the movie also stars Sonakshi Sinha in the lead role.

Now that Alia Bhatt has openly admitted that she will be collaborating with Sanjay Leela Bhansali for another project, many publications have reported that they might be coming together for Gangubai Kothewali, the story of a brothel owner and her life. Apparently there were reports stating that Priyanka Chopra was approached for the film but the dates could be finalised owing to her busy schedule.

According to a source, as quoted by Mid-Day, said, "Bhansali had committed to working with Alia and is not one to go back on his word. Owing to his creative fallout with Salman Khan and In-shaa-Allah being subsequently shelved, Alia ended up getting the raw deal.

"So, Sanjay is now discussing a film revolving around a brothel owner of Kamathipura, Gangubai. The film will be an adaptation of a chapter from S Husain Zaidi's Mafia Queens Of Mumbai. Currently, the discussion is in the nascent stage. The film was earlier offered to Priyanka Chopra, but she has her hands full with the Mindy Kaling film and The White Tiger adaptation."

We are pretty excited to see Alia and SLB collaborate!

Kangana's Case Against BMC Gets Adjourned; Sanjay Raut's ...
22 minutes ago