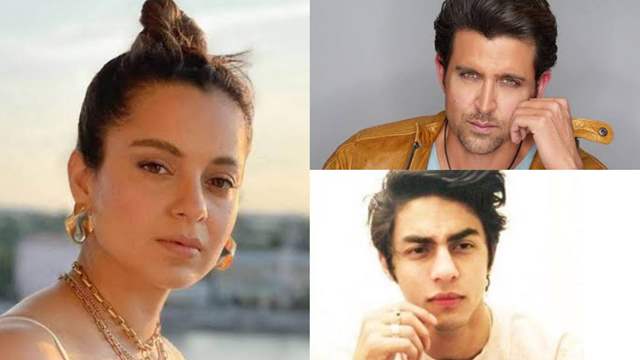 "Now all Mafia Pappu coming to Aaryan Khan's defence... We make mistakes but we mustn't glorify them... I trust this will give him perspective and also make him realise the consequences of his actions... Hopefully, it can evolve him and make him better and bigger. It's good not to gossip about someone when they are vulnerable but it's criminal to make them feel that they did no wrong."

He has advised Shahrukh's son about how life is a strange ride and God gives the toughest ones the toughest balls to play. A part of his note for Aryan says,

'The anger, the confusion, the helplessness. Aaah, the very ingredients that are needed to burn the hero out from inside you. But be wary, those same ingredients could burn away the good stuff... the kindness, the compassion, the love. Allow yourself to burn, but just enough.’ 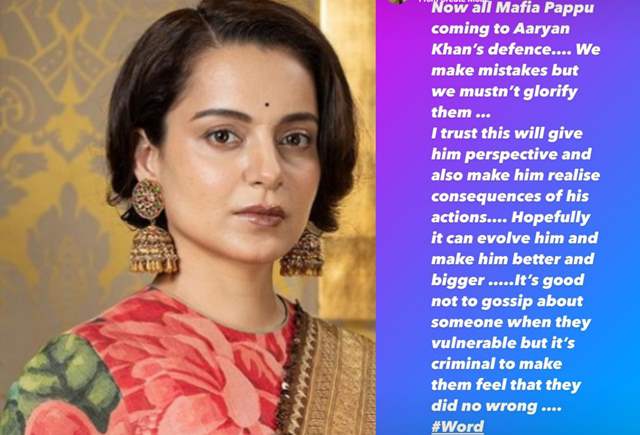 Earlier, Kangana had spoken about her own issues with drug addiction when she had just entered Bollywood. In an old interview of hers the Thalaivii actress said,

“As soon as I ran away from my house, I became a film star in a couple of years and a drug addict. So much stuff was happening in my life, I fell into the hands of such people and all of this happened while I was still a teenager. Imagine how dangerous I am.”

Aryan Khan, who was arrested on October 2 by the Narcotics Control Bureau (NCB) after their cruise drug raid, will be produced before the court today for his bail hearing.

1 months ago Always trash and lies.