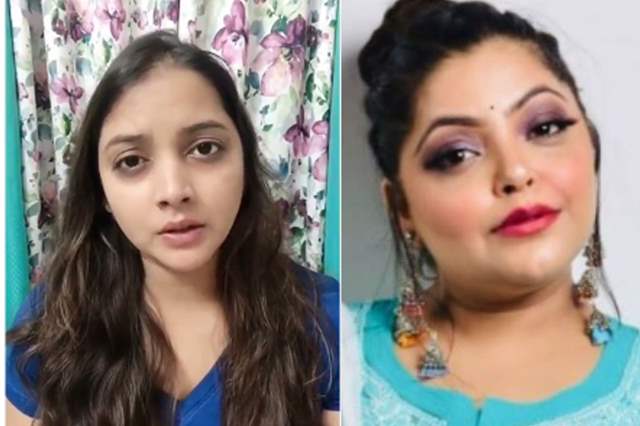 Ever since the news about actor Divya Bhatnagar passing away hit the brigade, it was indeed one of the most shocking things to have happened in recent times. The actor, merely 34 years old was struggling with COVID-19 and a few other illnesses and after fighting for a few days, she finally succumbed to it.

It it however the circus that has followed her death that now continues to get murkier as of yet. Bhatnagar's brother came out and mentioned how they have filed a complaint against Bhatnagar's husband, Gagan Singh aka Gabru for abuse. Following that, actor Devoleena Bhattacharjee also came forward to not only support these claims but also slam Singh herself in a video.

Yesterday was the prayer meet for Bhatnagar's death and several actors came in to be a part of it which included the likes of Aalisha Panwar, Yashashree Masurkar and Nidhi Uttam among others. After Bhattacharjee's claims, now Uttam (Yeh Rishta Kya Kehlata Hai) also come forward to put allegations on Singh, about which she shared in a 7-minute long video on Instagram. She wrote, "Justice for Divya, a beautiful n innocent soul is no more with us. @divyabhatnagarofficial It's time that the world knows the reality of her painful end. Her soul will find rest only once she gets justice which she was fighting for when she was alive. Block & report whogabru who actually married her for a blue tick & to get popular in the industry. Divya ne sirf ache dost kamaye the apni life mein & ab uske dost hi usko insaaf dilayenge I request all her true friends to come up & speak the truth". -

In the video, Bhatnagar says,  "I have known Divya Bhatnagar since 2009 and we have been good friends but from last 4-5 years gradually we got distanced from each other because of her husband Gagan Sethi who wanted to keep her away from all the family, friends and well wishers. I had also discouraged her from marrying him but she didn't listen. Last time I spoke to her was on her birthday (September 15) I was in my hometown and called her at 1 in the night and wished very excitedly as it was her first birthday post marriage but to my surprise she was all alone and that was the time she told me how bad this person is. How he is hurting her and having affairs. I explained to her a lot and told her to file a police complaint against him and she agreed to it also."

She further added in the video, "I came back to Mumbai after Diwali and got to know she is in the hospital. I spoke to her mother and brother Devashish, then I came to know how abusive he was with her. She tolerated everything just to prove her point that she married the right person. I have literally seen all the pictures of the assault that man has done and that's really disturbing. Daanto se kaatne aur belt se maarne ki pictures hai.” She concluded,  "When Divya used to shoot with me in Yeh Rishta Kya Kehlata Hai, she used to be always excited about putting sindoor. And always say mujhe shaadi karni hai. Her family was really close to her. But after getting married to this guy she maintained a distance with them. His father who is not in this world now also wished she wouldn't get married to this guy. I don't know Divya's helplessness when she took this step. I know we can't bring her back but wherever she is we can at least make her soul get peace by seeking justice for her.”