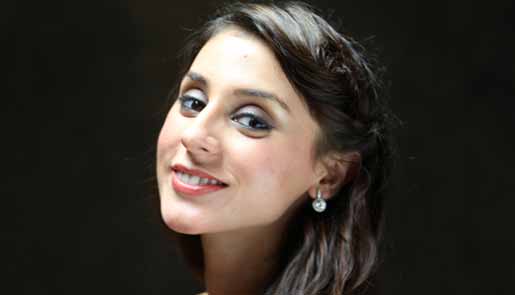 Anindita Naiyar's first movie would have been "Blood Money" had things worked out differently. But the actress is glad that with her new film "3 A.M.: The Hour of the Dead", she has the chance to make up for the missed opportunity of working with director Vishal Mahadkar.

Anindita made her Bollywood debut opposite Vir Das in "Amit Sahni Ki List". But destiny has brought her back to work with Mahadkar.

"I was excited to work with Vishal. He's a great director and knows how to bring out the best in his actors. Though we could not work on 'Blood Money' together, I am happy to be part of '3 A.M...'," Anindita said in a statement.

A source close to the actress said that Mahadkar was keen to cast Anindita for the lead role in his movie, however, as Amrita Puri was more apt for the role, Anindita could not be a part of the movie.

Having spotted her potential during the auditions, Mahadkar had given his word to Anindita that he would work with her in his next. True to his word, he cast her in "3 A.M...".

Anindita says she connects "strongly" with her character in the film, and added: "Though it is a horror movie, Vishal has infused elements which have never been seen before making it unlike any other movie that you have seen."