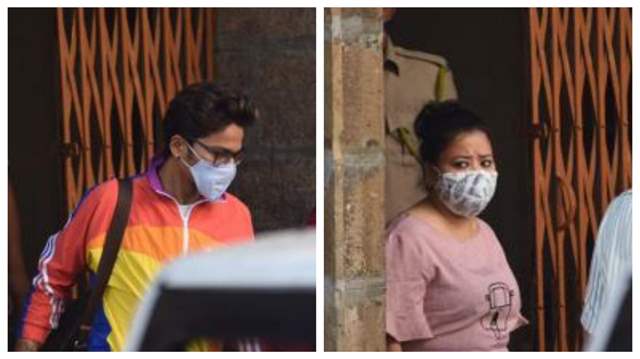 The past 24 hours have indeed been shocking to say the least for TV favourites Bharti Singh and husband Harsh Limbachiyaa. The drug probe that began owing to the Sushant Singh Rajput case was predominantly in Bollywood where multiple names were involved.

However this took a sharp turn yesterday when comedienne Bharti Singh was arrested by the Narcotics Control Bureau (NCB) for possession and consumption of drugs (ganja in this case). It was also reported that Singh admitted to the same.

As per the NCB statement, the agency recovered 86.5 grams of ganja (cannabis). They (Singh and Limbachiyaa) were summoned by the NCB for further interrogation.

While Singh was arrested, Limbachiyaa was still being grilled in the investigation and now latest report suggests that he has also been arrested. Limbachiyaa was arrested after a nearly 15-hour long interrogation by the agency on Sunday (November 22) morning. In a press release reported, NCB said, 'Both Ms. Bharti Singh and her husband Harsh Limbachiya accepted consumption of ganja. Bharti Singh was placed under arrest under the Narcotic Drugs and Psychotropic Substances (NDPS) Act.'

The bureau also in its statement revealed that Bharti and Harsh have accepted the consumption of the drug. The two were recently spotted leaving the NCB office.