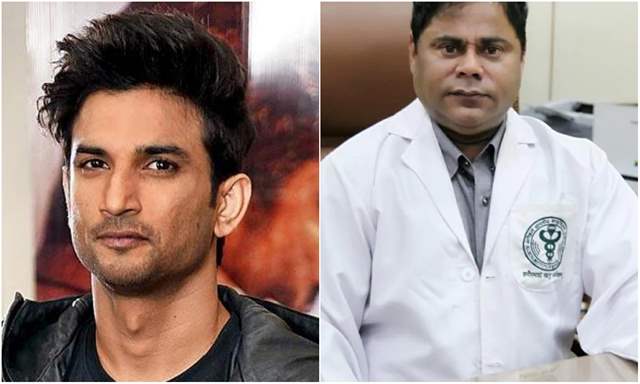 After the audio tapes, Sudhir Gupta's WhatsApp chats have been accessed by Republic Media, where he raised 9 important questions regarding the Cooper Hospital's post mortem report in Sushant Singh Rajput case.

In a WhatsApp chat from August 11 2020, Mr.Gupta can be seen questioning the doctors at Cooper Hospital, who conducted Sushant's autopsy about the absence of a forensic specialist, the formation of a medical board, absence of Sushant’s nail clips, and asked why his viscera had been preserved.

The questions raised by Sudhir Gupta, as reported by Republic are as follows:

"The panel of five doctors of Cooper conducted aoutpsy...only one is junior level forensic doctor...rest 4 are just medical officers.

The panel must be of forensic specialist as per norms

Who constituted medical board?

What was justification for medical board...by police?

What police was apprehended?

Where is nail clips of Susant?

Earlier today, Times Now shared the audio tape wherein Dr Gupta can be heard saying that "Sushant Singh Rajput death was 200% murder and that he died due to strangulation."

This comes as a shock because on Saturday, a panel of AIIMS doctors submitted the revised autopsy report in Sushant's death case and ruled out the murder theory. The AIIMS report concluded that the actor's death is ‘a case of hanging and death by suicide’.