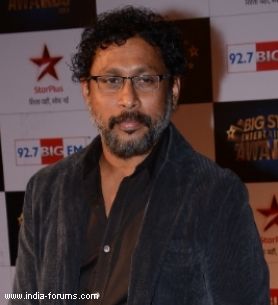 Director Shoojit Sircar, who was due to shoot an ad film starring Amit Sadh in mid-March, not just requested the concerned brand to postpone the shooting due to the actor's leg injury, but also altered the ad's script to accomodate the mishap.

Amit injured himself on the sets of Subhash Kapoor's "Guddu Rangeela" in March, and he even underwent surgery for it. He was due to shoot for a leading deodorant brand with Taapsee Pannu under Sircar's direction, but just two weeks before the ad was supposed to be shot, he got injured.

Now, after a delay of over a month, the ad was finally shot recently with a lot impromptu changes on the set.

Curbing all movement for Amit in the ad, the entire concept was changed to show only Amit's upper body movements as he's shown flying a kite.

Also, Amit Roy, director of photography, who is also the director of RunningShaadi.com, shot the ad in a way where the actor's cast isn't visible.

The "Kai Po Che!" actor said: "I had to undergo surgery and so, the entire shoot had to be pushed by about 45 days. Shoojit dada is a genius and he was extremely accommodating, so not only was the ad pushed, but they changed the entire script to suit my injured leg as well."

"The entire ad was finally very recently shot, with my cast still on. Amit Roy learned of this entire development and was kind enough to volunteer and he did a brilliant job with the camera," added the actor. "It was quite exciting shooting my first commercial."