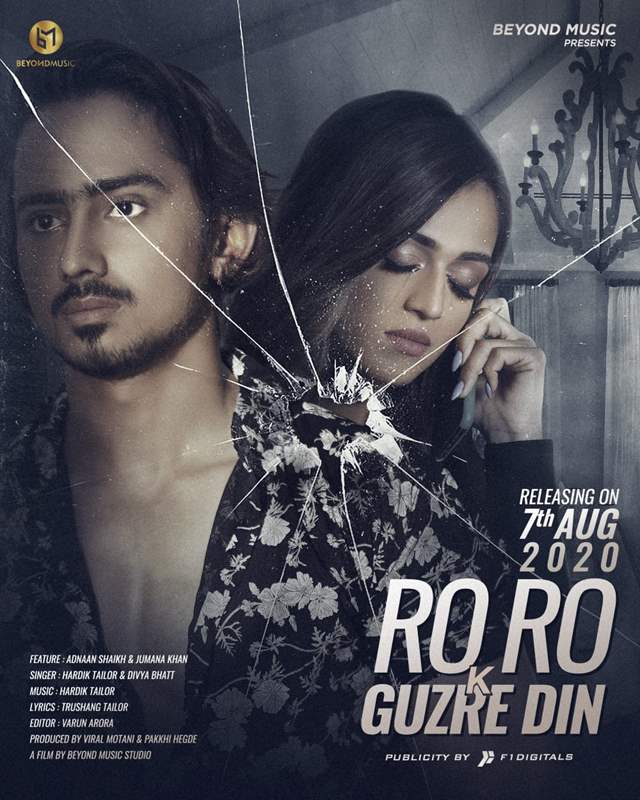 There are a lot of music video but rarely one sees a video with an intriguing social message of saying ‘no to suicide. Social media influencers Adnaan Shaikh and Jumana Khan shot for their song titled Ro Ro Ke Guzre Din, a music video which promotes living life happily and discourages suicides. The song releases on the 7th of August which is also Adnaan’s birthday.

“Ro Ro ke Guzre Din is a heartbreak song with a message for all. The message is to enjoy life and be happy with people who love and respect you and to say no to suicide which has become very common nowadays. The song starts with the girl ending ties with her boyfriend, which leaves him in a frenzy. While she moves on, he shatters. Unable to cope up with his girl not being with him, he decides to end his life when his mother calls him. He realizes he has to live for people who need him just stating ‘say no to suicide’. I am glad that Beyond Music conceptualized a song which is the need of today. The youth should connect to our song”, says Jumana Khan.

"There was a lot of emotions running while singing Ro Ro ke Guzre Din. Since suicide is a big issue worldwide, we wanted to have a song which would strike the audience's hearts. We aim to promote happy living and saying no to suicide from this song. It is a genuine and honest effort from our end to create awareness amongst everyone", says singer, composer Hardik Tailor.

“We have a strong message with our music video. It is about celebrating life and saying no to suicide. As an individual and a youth, it is important to educate the youth who are falling prey to suicide. I hope people relate to our song and understand the importance of it. I am glad that the video is releasing on my birthday. I take this as a blessing in disguise”, says Adnaan Shaikh.

Ro Ro ke Guzre Din is produced and conceptualized by Viral Motani and Pakkhi Hedge from Beyond Dreams. The song is composed, sung by Hardik Tailor and Divya Dutt and releases on the 7th of August, 2020. The entire proceedings gained from the song will be contributed to One Million Mask Mission.