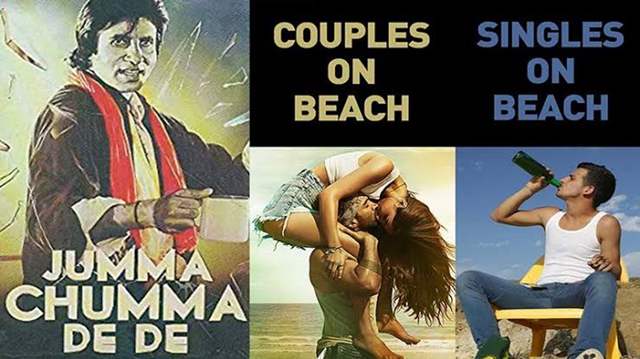 Earlier yesterday, the most awaited poster of Aditya Roy Kapur and Disha Patani starrer Malang was launched which became an instant hit amongst the audience. The individual character posters have created a huge buzz and the new pair is totally the talk of the town. The mysterious and sizzling poster features a passionate kiss between the duo and twitter totally cracked up starting a fun trend with memes taking over the internet!

While some memes were all about the irony of life “couples on beach-singles on beach”, others drew a parallel with wrestling matches along with the famous Spiderman kiss. Well, definitely the kiss has become the hot pancake on the internet and the audience cannot wait to get more sneak peeks from the movie which stars the fresh pairing of the hottest, Disha Patani and Aditya Roy Kapur.

The past week has been a total thriller as the posters were launched one after the other and the audiences are loving every bit of it. Every poster has added to the already high mystery of the movie as the makers were careful not to reveal too much with the posters. The on-screen couple looks like one of the hottest pairings we have seen in a long time.

Apart from the newly-harvested pairing, we will witness Anil Kapoor and Kunal Khemu in supporting roles and it is surely going to entertain you beyond expectations. The entire movie has a flavor of Mohit Suri, riding high on romance and heat.

The film also stars Anil Kapoor and Kunal Khemmu in pivotal roles and is set to hit theatres on February 7th, 2020.

Singer Ved Sharma on His Song Sikhayat: It articulates feelings of a ...

‘It's been a challenging year’ writes Sanjay Dutt’s Daughter ...
28 minutes ago