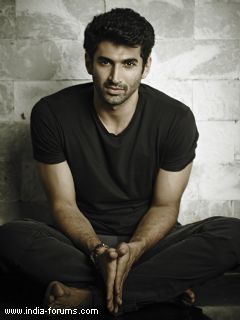 Aditya has a lot of Muslim friends with whom he kept the last Roza this Ramzaan. He received a lot of delicacies from them when he kept the fast.

We now hear that the actor has also picked up mannerisms from them to lend authenticity to the character of his upcoming next film, Daawat-e-Ishq. Nowadays Aditya is heard greeting people in Urdu. The actor's speech is sprinkled with Urdu words and phrases. Aditya finds Urdu a beautiful language and he is using most of whatever he has learnt. Also when people greet him in Urdu, he is able to greet them back in Urdu correctly.

After the release of the super successful Aashiqui 2, Aditya Roy Kapur got a huge Muslim fan following as well.  And now he will be playing a Muslim character in his upcoming film Daawat-e-Ishq.

The actor, who plays a Lucknowi chef, put a lot into preparing for his role as he wanted to get into the skin of his character. He not only changed his look for the film but also learnt a little bit of Urdu and the Lucknowi lingo for this film.