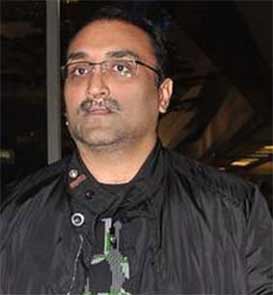 Aditya Chopra's last directorial "Rab Ne Bana Di Jodi", starring Shah Rukh Khan released back in 2008. But the ace filmmaker is not yet ready for his next venture as a director.

Rumour mills are abuzz that Chopra will soon collaborate with Shah Rukh, whom he also directed in "Dilwale Dulhania Le Jayenge" and "Mohabbatein', for his new film, but an official statement from Yash Raj Films (YRF) indicates that no such project has yet been finalised.

"While Aditya Chopra will definitely direct a film soon, as of now he has not finalised what he is going to be making next and has not even started writing the script. Anything at this point in time would, therefore, be unfortunate and misleading conjecturing," read a statement from YRF.

"As and when he does finalise plans for his next venture, we will certainly be happy to make an announcement," the statement read further.

Chopra, who married actress Rani Mukherjee in Italy in April, is one of Bollywood's most successful producers.