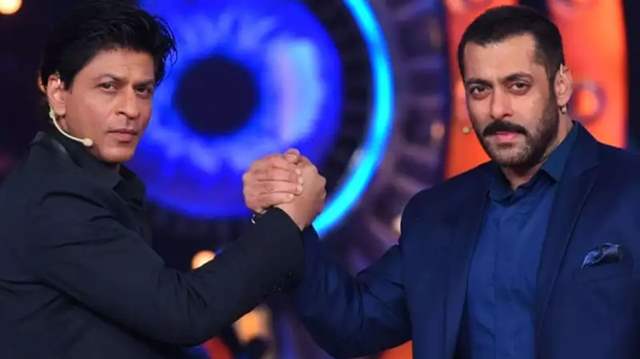 Pathaan, which stars Shah Rukh Khan as a crafty agent and marks the first crossover of the franchise with Tiger, a.k.a. Salman Khan, making an extended appearance, will further widen the universe over the Republic Day weekend in 2023. In return, SRK will make a cameo appearance as Pathaan in Tiger 3, which premieres on Eid 2023.

Now, according to the latest reports, soon, Salman Khan and Shah Rukh Khan will collaborate on what may end up being the biggest movie in Indian cinema.

With the production of a two-hero action spectacle starring Tiger and Pathaan, Aditya Chopra intends to take things to the next level. Adi has been researching on this concept for some time, and he will be spending a lot of time on the dialogue, narrative, and screenplay. The Yash Raj Films team hopes to start production on this epic two-hero crossover film by the end of 2023.

Salman and SRK both left their major release dates open during the tentative time, and the precise logistics will be set once a joint narration occurs later this year. The director is also up in the air, although Aditya Chopra, the CEO of YRF, has complete creative control over the writing. Once the first cut of both Tiger and Pathaan is finished and locked, the narration is anticipated to begin. Budget-wise, it will be the most expensive movie ever made in Indian cinema, and Adi is aware of his duty to give two of the industry's top actors the finest possible presentation, the report concluded.

This crossover is something fans will be waiting for with bated breaths.

+ 4
2 months ago Khan in one film looks interesting

MemeConjurer 2 months ago Wouldn't both will be almost 60 when the shoot begins in 2024?!

+ 8
2 months ago im waiting for the official announcement.

2 months ago "Adi has been researching on this concept for some time, and he will be spending a lot of time on the dialogue, narrative, and screenplay"LMAO yeah we know how much "research" goes on to make these trash films. Aditya Chopra is probably looking at which movies to plagiarize from. That's his so called research. What more to expect from Copywood?

+ 6
2 months ago We are so tired and bored of seeing the same faces on screen over and over again!