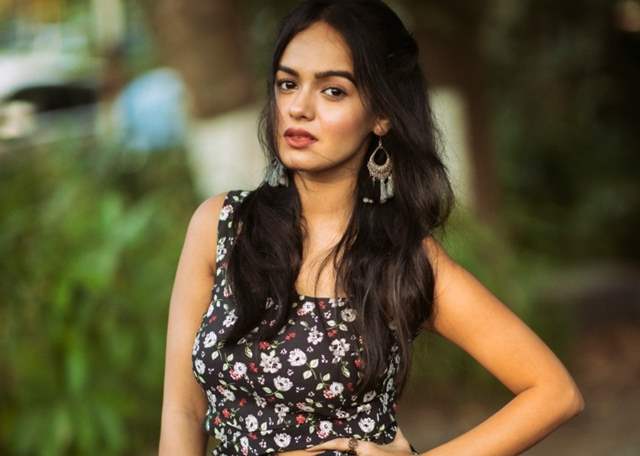 Aditi Sanwal opens up on her character in Kasautii Zindagii Kay 2, her first reaction when she was offered the role, strengths as an Actor and much more.

What was your reaction when you were first offered the role of Cookie in Kasauti Zindagi Kay?

When I was offered Kasauti Zindagi Kay I was really happy and I have watched the first Kasauti when I was younger and I knew the story and character names. Ekta ma’am is known for everything she does and my experience is such that I love working. I am getting so much recognition and appreciation I am very happy that I took this show.

What is your character detail in the show and how much do you relate to her?

My character Kukki is a sweetheart, she’s a daughter of Mr. Bajaj and Prerna not a biological daughter but they share a bond. Kukki and her father don’t go well. She loves him as a father but Mr. Bajaj doesn’t give the same love back. Kukki and Prerna share a good mother daughter and a friendship bond. She loves Prerna’s family as well, she’s a girl who looks at the brighter side and expects love from everyone and loves everyone. She’s a loving personality, sensitive. She sees that everybody is happy around her.   I relate to my character a lot. I love to talk too much, my family is my priority and likewise for Kukki. She’s very positive and good at studies. I am a child at heart and I have matured over the time which Kukki hasn't. She's still a kid. Every girl can relate to her but she’s a London return so had to get that style and carrying myself was something I had to prepare.

Don't you feel the pressure of working in a show which is already a hit?

I don’t work that way. I don’t take any pressure, of course it takes time to understand the people you are working with but once it's done it’s a delight to work. Infact, I have gotten such great acceptance and response. People really like me and how I am playing the character. The chemistry with Prerna and other actors more than the pressure I am looking forward to making myself better.

What kind of roles would you like to do in future?

I always would prefer characters which have significance in shows which are very meaty parts and Kukki when they explain how Kukki was in the show I was very much convinced with this role.

How did you become an actor while you were a MBBS doctor already?

I always wanted to be an actor but I didn’t know how to become an actor. Being a small town girl who doesn’t have any remote connections to this industry, a family which pays so much attention to education. I always dreamed of it but I didn’t know how to do it. So I pursued my education in science and studied MBBS from a college in Bangalore. I still wished to act. I joined theatre just to see If I could act so I took acting workshops and I got appreciated for my work though I had to work on my skills but I have got it in me. I finished my studies and I used to go for ads down South. My friends helped me connect with various casting groups where I could go for auditions and that’s how I got into acting.

What are your strengths as an actor?

My strengths as an actor is I feel I am very relatable. I am that sort of a person and face which people see on screen they think that they can be and relate. I work hard to grasp things and I believe in staying happy and positive. If from within I am positive and work hard it will reflect in my work. I would want to do all types of roles. Being the most negative to most positive characters, every kind of genre. I want to do everything that I can explore for my acting.

What kind of roles you would not want to do?

There are no roles I want to stay away from, of course it takes strength to do certain characters but I took my last show as a positive challenge where most of them would have refused. It takes guts to take certain roles to do it accurately. I might fear doing it but I would want to do it.

Ayushmann Khurrana Reacts to Being Voted as One of the Most ...
4 minutes ago