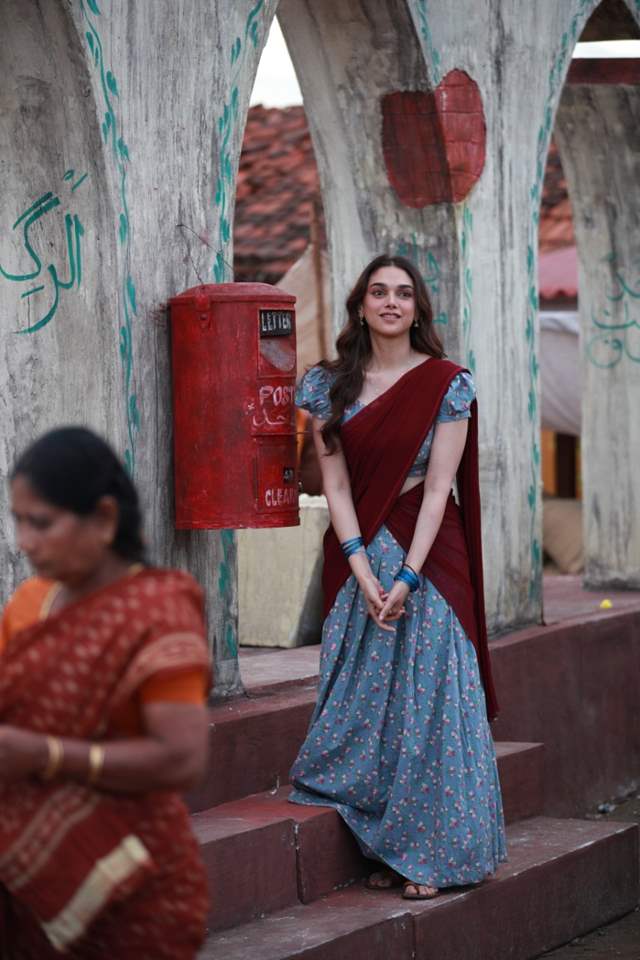 After the release of a spectacular trailer and two mesmerizing songs from Amazon Prime Video's upcoming film 'Sufiyum Sujatayum,' everyone eagerly waits for the release of the film which has a compelling musical-romantic drama plot. The film witnesses actors Jayasurya as Rajeev or Sufi and Aditi Rao Hydari as Sujata.

In an interview with a daily, speaking about how she was already trained in classical dance and how it helped her to portray the character in the movie Aditi Rao Hyderi says, "In the last eight-nine years, haven't been able to give too much time to dance and music. I used to practice Kalari, but then, I stopped. The break gave me time to reconnect with my creative side."

The actress further adds, "I play a speech impaired dancer in the film, so the only language I had to learn was sign language." Being a dancer was certainly beneficial for the actress to play her role as it was easier to communicate with gestures as a dancer does.

However, to ace her role, she made sure that her instructor was on the set to help her alter anything if she felt the need. The makers of the film were delighted to know about Aditi's innate classical dancing skill as her character was that of a dancer.

Jayasurya wanted to be in the movie because of the beautiful script.

"Once in a lifetime we come across a script that leaves a mark on your soul. And it is exciting to be a part of such a meaningful film," said Sufiyum Sujatayum actor Jayasurya.

"The story of Sufi and Sujata is a tale of love and loss - a story so beautifully written that I could not say no to being a part of it. The charm of the  layered with elegant storytelling will remind one of a different era."

Vijay Babu was pleased to know Aditi's dance skills as she had to look a naturally trained dancer.

"The character of Sujata is a Kathak dancer and it was really important that the elements of dance was glorified through her personality. Aditi being a trained classical dancer just made her even more perfect for the role of Sujata. She truly realized the character on screen and we are sure she will charm the viewers as well with her stellar performance. Her skills are unmatchable and I  am glad I get to tell this story with such a dedicated artist."

The film is written and directed by Naranipuzha Shanavas and produced by Vijay Babu under his banner Friday Film House. The film is shot by cinematographer Anu Moothedath and edited by Deepu Joseph. Sufiyum Sujatayum is brought together by executive producer Vinay Babu and releases on this 3rd of July on the OTT platform Amazon Prime Video. So don't miss the film!

Even after seven decades of independence, are we really ...
-13 seconds ago