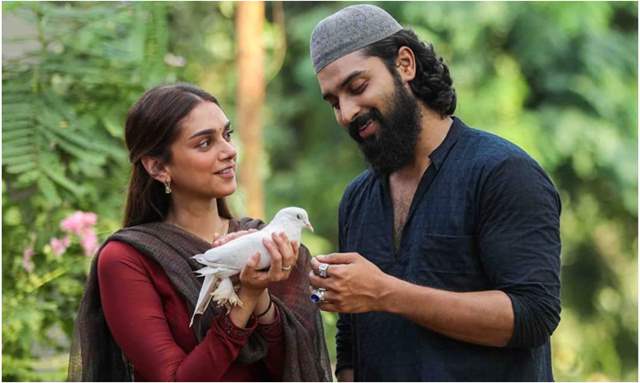 Amazon Prime Video's film 'Sufiyum Sujatayum' released on 3 July, 2020 and ever since then, has garnered immense appreciation from the audience and critics, alike. The musical film is based on an everlasting love story between Dev Mohan's character Sufi and Aditi Rao Hydari's character as Sujatha, who is a mute upper-caste Hindu woman. The film has been a huge success and here's what actors Aditi Rao Hydari and Jayasurya have to say about the success of their film.

In a recent interview, actor Jayasurya said, "One can't put it in words how it feels when your hard work and your belief in a script gets appreciated. It feels surreal. The amount of love and appreciation that came my way I wasn't expecting that. When the final print is out I step out of my character and watch it like any other audience and it is a film that I enjoyed as an audience. This is the first time I am getting a state response to global response simultaneously."

Aditi Rao Hydari shared, "I'm  really really happy with the kind of response the movie is getting. It is a delicate, sensitive film. I knew that it is a beautiful love story, but didn't know how audiences would react to such a gentle film. Mostly in films, there is always some kind of turmoil, aggression, and drama. But in Sufiyum Sujatayum, the drama is very internalised".

From the audience to the social media, everyone has been all praise for the film. Sufiyum Sujatayum released as part of direct to digital catalogue releases of Amazon Prime Video.

The film is written and directed by Naranipuzha Shanavas and produced by Vijay Babu under his banner Friday Film House. The film is shot by cinematographer Anu Moothedath and edited by Deepu Joseph. Sufiyum Sujatayum is brought together by executive producer Vinay Babu. Make sure to witness the eternal love come musically to life, on the screens, in the romantic drama film!

Aditi Rao Hydari Opens up about playing a Speech Impaired Dancer in ...