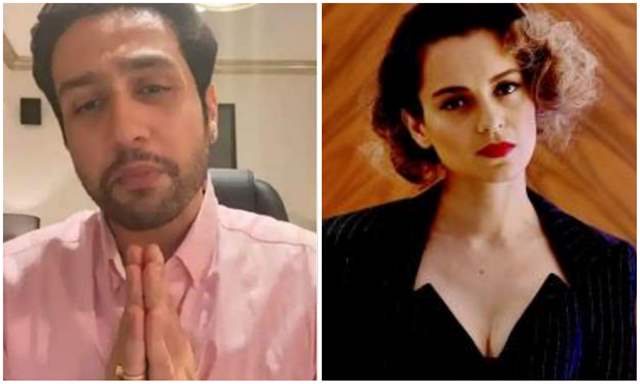 Actor Adhyayan Suman has finally reacted to his 2016 interview about Kangana Ranaut that is going viral on the Internet.

Stating that he does not want people to drag him now, Adhyayan told DNA: “Dragging me today is unfair. After that, people talk about mental health. I had also spoken about it, but I think unless you are a superstar, you have no right to speak.”

Adhyayan and Kangana were in a relationship when they were shooting for Raaz – The Mystery Continues back in 2008-09. In 2016, the actor had alleged in an interview that Kangana used to take drugs and also forced him to do drugs.

To this, Adhyayan says that he did not intend to shame anyone. He said: “People have been dragging my name, when today I’m in a better position. Why drag my name after an interview that was given almost five years ago. Why wasn’t any notice taken at that time? The interview was not to shame anybody or point fingers. It was an emotional outburst that I wanted to speak about. It’s good to be silent some time but not all the time. This was just a case where I came out and spoke about what I had been through. With folded hands, I want people to respect my privacy and just be fair. Dragging me today is unfair. After that, people talk about mental health. I had also spoken about it, but I think unless you are a superstar, you have no right to speak.”

The Aashram actor had also shared a video on his official Instagram handle urging everyone not to drag his name in 'toxicity and negativity'.

Have a look at the video below:

After the Maharashtra home minister Anil Deshmukh had said that the Mumbai Police will probe Kangana’s alleged drug links on the basis of Adhyayan's old interview, the actress had tweeted that she is willing to undergo drug tests and have her call records examined.