While the ladies of Bollywood are always appreciated for their good looks, dancing skills and the endearing characters they portray, there are some actresses who are etched to our memories for playing the perfect "vamps" as well. Thus, BollyCurry presents to you a mini list of the popular leading ladies of the Indian film industry and the "baddie" roles which not only have they enacted with finesse, but is considered as one of their all time best performances.
Kajol Devgn 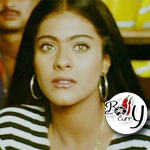 Kajol Devgn is popularly known for playing the girl-next-door or strong dramatic roles but there was one such movie where she broke though the idea carved around women being the fragile loving gender and emerged in a wonderfully negative role. Her character portrayal in the suspense thriller Gupt; The Hidden Truth (1997) witnessed her winning the prestigious Filmfare Award for Best Villain. It is also reportedly said that Kajol was the first female to win such an award.
Urmila Matondkar 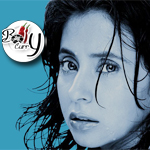 Pyar Tune Kya Kiya (2001) might not have done wonders at the box office but Urmila Matondkar was much appreciated and applauded for her role as Ria Jaiswal, a psychotic lover. Her role lead to the nominations of Best Actress by Star Screen Awards and Best Villain in the Filmfare Awards. Despite not winning either, it was another feather in her already full hat.
Priyanka Chopra 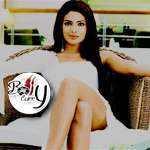 It can be said that the trend of a woman trying to break a happy couple apart started with Priyanka Chopra's role in Aitraaz (2001). Her portrayal of the beautiful and ambitious Sonia created waves leading her to be unanimously applauded for her performance. Not only did she manage to steal the thunder from all her fellow co-stars in the movie, thus far, Chopra is the second and only actress to win a Filmfare Award for Best Performance in a Negative Role.
Bipasha Basu 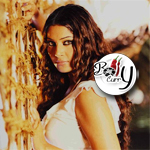 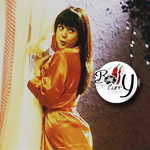 Preity Zinta is commonly seen in roles that suit her off-screen persona of being a bubbly person, but the schizophrenic Sonia Kapoor proved that she can take on roles opposite to her charismatic persona as well. Armaan (2003) was the most anticipated movie of the year due to the big names associated with it but Zinta stole the show. Her performance lead her to being nominated for the "Best Performance in a Negative Role" award at the Filmfare Awards. Interesting fact, this was the third time the female negative character of a movie was called Sonia.
Kareena Kapoor Khan 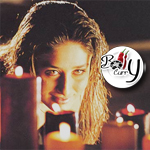 Kareena Kapoor Khan has played variety of characters throughout her career and one of them was her portrayal of Neha in the 2004 flick Fida where she romanced not one but two men. The sultry and sensual ways in which she wooed Shahid Kapoor's character, Jai, to make him fall in love with her and eventually carry out criminal activities on her behalf was rather manipulative and engrossing.
Tabu Hashmi 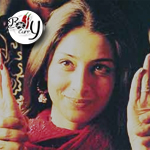 The Indian adaptation of William Shakespeare's Macbeth was Maqbool (2004) which witnessed Tabu romancing both Pankaj Kapoor as well as Irrfan Khan and proved to be one of the best villains in Indian cinema. Tabu is well known for portraying quiet housewife roles but with the release of Maqbool, many had to come out and praise her versatility as an actress.
Katrina Kaif 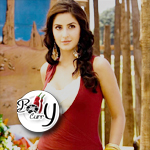 Race (2008) gave Katrina Kaif the much needed boost to her career after being labelled as the "Salman Khan Package". Romancing Akshay Khanna and Saif Ali Khan, both brothers with the former possessing violent and alcoholic tendencies, it comes as a shock that Kaif's character is loyal to Khanna and not Khan, as she leads Khan and us to imagine. The twists and turns in the movie were mind-boggling were well acted out by Kaif.
While the leading ladies are questioned about their looks and have their acting skills often overlooked, these ladies have proved their skills and talent by breaking the stereotype. Here's hoping that they continue to shine through and show what women power is all about. Do leave us a name of who impressed you the most and we'll see you next time.
Author: Saraa K.
Editor(s): Maisooma B. and Jenifer Y.
Graphics: Fizii.
Do you have a suggestion or comment for BollyCurry? Drop us a PM at  BC_Dropbox today.