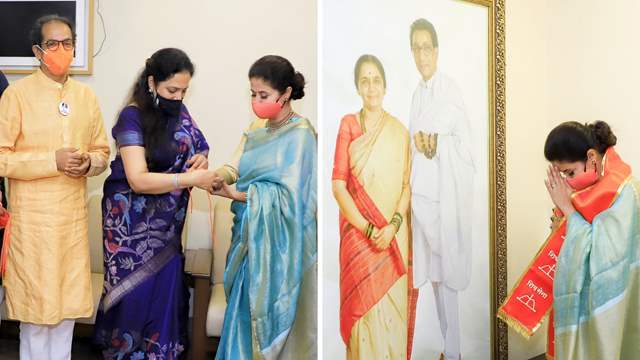 Bollywood actress Urmila Matondkar has made her second innings into politics as she joins Shiv Sena.

On Tuesday, Urmila joined Shiv Sena in presence of party president and Maharashtra chief minister Uddhav Thackeray. According to party insiders, the party has already proposed Matondkar’s name for one of the 12 Governor-nominated seats in the state legislative council.

Shiv Sena leader and Rajya Sabha member Sanjay Raut had earlier said, “She (Urmila Matondkar) may join Shiv Sena tomorrow. She is a Shivsainik. We are happy that she is joining the Shiv Sena. This will strengthen the party’s ‘mahila aghadi’.”  The party leaders also stated that they were impressed with Urmila’s take on actress Kangana Ranaut’s remarks amid her attack on the Maha government.

Party insiders have also stated that Matondkar is a well-known face nationally, has a good social connect within Maharashtra and will become an additional voice for the party on issues.

In 2019, Urmila had contested in the Lok Sabha elections on a Congress ticket from Mumbai North constituency and lost the seat to BJP candidate Gopal Shetty. She had later announced her exit from Congress citing ‘petty in-house politics’.