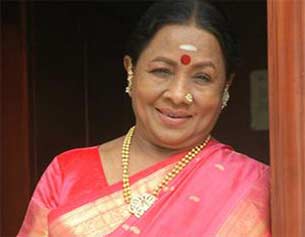 Popular Tamil actress Manorama, who was admitted to a private hospital here a week back following chest pain, was discharged Tuesday, said a family relative.

The veteran actress, fondly called 'Aachi' by her fans, was admitted to Apollo Hospital March 30.

"Doctors had performed angioplasty and she was kept under observation for over a week. She has recovered well. We took her home late last evening (Tuesday). She has been advised rest for a few more weeks," the relative told IANS.

Manorama, who has starred in over 750 Tamil films, spanning over five decades, is one of the finest female comedians of the southern film industry.

Chris Rock Jokes About Shooting for 'SNL' Premiere From Hospital