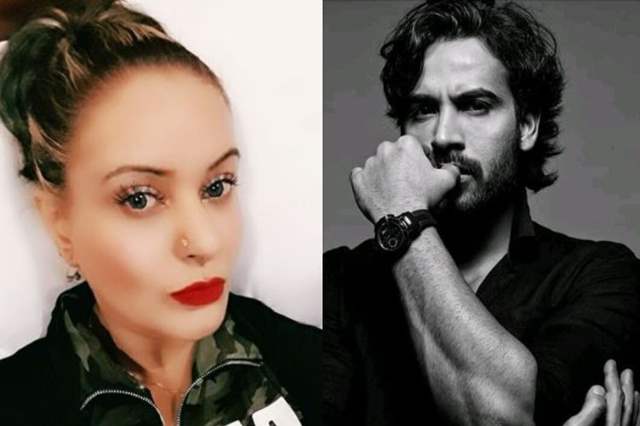 Actor Arhaan Khan who is currently seen participating in the most controversial reality show Bigg Boss 13 has been making headlines for his rumored relationship with Rashami Desai and his fights with Sidharth Shukla and team inside the house. Well, seems like he is controversy’s favorite child right now as they don’t seem to leave his hand any sooner.

Apparently, actress and entrepreneur Amrita Dhanoa has put some serious allegations on Arhaan about him being a fraud, his identity being dubious and also in addition she claims that she was supposed to marry him.

The actress ranted on her social media account saying that his ex, Arhaan and her were in a relationship for five years and he is a fraud and a cheater as he used her financially and emotionally to get ahead in his career. Not just that the actress claims that he also hides his true identity. Amrita claims that Arhaan’s real name is Mazhar Sheikh and even though she threw him out of the house (they were in live in) some time ago, they were in touch a few days ago of Arhaan’s entry in Bigg Boss.

Seaking with Spotboye, Amrita revealed, “For almost four-and-half years, he was sitting jobless at home and I was sick of supporting him financially, emotionally and physically. One day we had a very big fight over all this. I told him to please go and look for some job. In the heat of the moment, I slapped and pushed him."

"Furthermore, let me tell you he's not a rich guy and has no business to show off on the show. I saw him talking to people inside that he has some gems ka business, which is not true at all. Mujhe to aajtak ek bhi anghooti nahi di (He didn't give me a single ring till date)'', she added.

Now, we’re waiting for Arhaan to come out of the house and tell us his side of the story.

Jasleen Royal Reveals She Has Recovered From Coronavirus
6 hours ago