The trend of actors turning to singing began a few decades ago, when the likes of Geeta Dutt, Ashok Kumar, Kishore Kumar, Pran, and Vyjanthimala would not only act, but also sing some of the songs in their respective movies. Bollywood has successfully revived this idea once again, and it has become quite common for actors to lend their own voices for songs pictured on them as well. So this time round, BollyCurry brings to you several such actors who have sung songs, whether just a single line, or an entire track, in their own movies, and in no particular order. 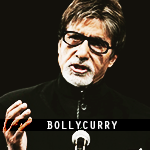 First up is the superstar himself, Shree Amitabh Bachchan! At a time when most actors were letting the singers do the singing, Mr. Bachchan chose to do something different; and ultimately we were rewarded with the much-loved "Mere Angane Mein Tumhara Kya Kam Hai" from Laawaris. It doesn't matter if this song could have been sung by Kishore Kumar or Manna Dey, Mr. Bachchan brought the house down with this fabulous rendition and it remains a favorite of all Bachchan fans even today! He has gone on to sing many songs for various movies featuring himself, and each one has been as successful as the previous, including "Baatein Hawa" from Cheeni Kum, "Bbuddha Hoga Tera Baap" from Bbhuddha Hoga Tera Baap, "Neela Aasmaan So Gaya" from Silsila, and the most recent one being "Bol Bachchan" from Bol Bachchan in the year 2012. 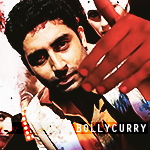 From the Senior Bachchan to the Junior Bachchan, Abhishek Bachchan hasn't just gotten the good looks and height from his father, but also his singing ability, which he has put on show 3 times till date. First up is his song "Right Here Right Now" from Bluffmaster, which occured after Vishal Dadlani-Shekhar Ravjiani convinced him to showcase his rapping capabilities. Rap he did, and the song became a success overnight and is mostly known for Junior Bachchan's rapping. He then continued on to showcase his rapping capabilities once again with "Buddhi Do Bhagwan" from Players and "Thayn Thayn" from Dum Maaro Dum. Though both were appreciated and loved by audiences they were not enough to save the movies from their fate. Finally, he joined his father in "Bol Bachchan" from Bol Bachchan along with Ajay Devgn. The song was loved by one and all for its hilarious lines and its rendition onscreen. 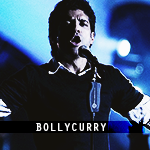 When we talk about actors turned singers, who can forget the multi-talented Farhan Akhtar? After turning to acting from directing, Farhan Akhtar debuted not only as an actor but also as a singer with Rock On!!!. Singing 4 different songs in the movie, Farhan really brought you the feel of watching a superstar in the making. Not only can he direct, but he can act, sing, and dance beautifully as well. After 2 movies, he came back again with Hrithik Roshan and Abhay Deol in the journey movie Zindagi Na Milegi Dobara for the Spanish cum Hindi song, "Senorita". Not only did this movie bring together 3 actors comfortable in their own genres, it also brought together 3 actors who had some great voices to show off, and indeed the magic worked as the song was loved by the audience globally. 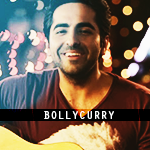 While the topic of great actors and singers is on, we can always talk about the great VJ-turned-actor Ayushmann Khurrana, who has wowed one and all with his unique debut in Vicky Donor. Now Ayushmann has something else to boast of; because not only is he a great singer with a lovely earthly voice, but he's also a good music composer and a lyricist too. Ayushmann, if you ever get tired of acting, you can always turn to singing, lyric writing, or composing music! Pani Da Rang was a top song for several weeks once it released and Ayushmann gained fame overnight. He repeated this fame for lyric writing and singing when he sang not one, but two songs in his next movie Nautanki Saala. While the movie didn't do too well, the two songs, "Saadi Gali Aaja" and "Tu Hi Tu", reined the music charts for several weeks to come. 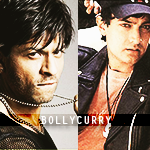 Now we turn our attention to 3 Khans. Starting the list is Aamir Khan, who lent his voice for the superhit track "Aati Kya Khandala" in Ghulam. It is one of the most popular songs of Bollywood even now. It has been used again and again in movies as a pick-up line or even a comedy punch, but at the same time, many have blamed the song for the increase in eve-teasing incidents. It is also said to be the inspiration for another famous Khan's song. We're talking about none other than "Apun Bola" from Josh sung by the Baadshah himself, Shah Rukh Khan. Just like "Aati Kya Khandala", "Apun Bola" was a cult song loved by one and all. While it did not reach the heights that "Aati Kya Khandala" reached, it is still a fun song loved by all. 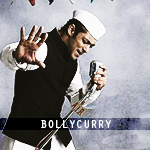 The final Khan on our list is the Dabangg Khan. That is, Salman Khan, the actor who has sung two songs and lent his voice to say dialogues in several others. In 1999, Salman Khan sang the very interesting "Chandi Ki Daal Par" for Hello Brother. Pictured on him and Rani Mukherjee, the song instantly grabbed attention, and is often heard during matka breaking time. He then joined Sanjay Dutt in the funny title song "Chal Mere Bhai" from Chal Mere Bhai. The movie and the song were both appreciated. 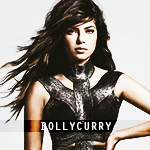 Now let's move to the other gender while we're talking actors turned singers. First in line is the Desi Girl Priyanka Chopra. She first sang for her Tamil film debut Thamizhan when the director Vijay urged her to sing "Ullathai Killadhe" after hearing her sing on the sets. Thereafter she chose to concentrate on her acting, although she did sing an unreleased song in the movie Bluffmaster. PC's real music career began in 2012 when she released two hit singles - "In My City" (2012) and "Exotic" (2013). Both songs became a success and were on top of music charts and were played in night clubs for several weeks. Despite not being as successful in the US as they were in India, these songs have nonetheless boosted Priyanka's career, and made her singing as fine as her acting. PC, just a small piece of advice - please don't force an American accent, we love our Desi Girl with her natural desi accent. 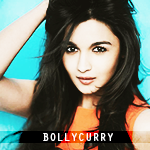 The final name on our list of actors turned singers is the youngest of the list as well, and her movie has yet to release. Alia Bhatt, who stepped into Bollywood with Karan Johar's Student of the Year (2012), will be heard singing the song "Sooha Saha" in her upcoming movie Highway. The making of the song, which released online recently, has already garnered over 700,000 hits, and is being liked by most. When the song released, it was loved by all for its melodious tune, and Alia's very sweet singing as well. Now it remains to be seen whether it matches just as much in the movie itself.
The above were just a few of the actors who turned singers during their Bollywood journey. Others include Ajay Devgn, Neil Nitin Mukesh, Akshay Kumar, Javed Jaffrey, Abhay Deol, Hritik Roshan, Sanjay Dutt, Shruti Haasan, Juhi Chawla, Sasha Agha, and Kareena Kapoor Khan.
As newer and better talent make their way into the film industry, singing seems to be the way to go for many actors and actresses to showcase their talents. At this point, all we can say is - may the playback singers continue to gain success and not lose out to our multi-talented actors!
Writer: Shreya S.
Editors: Sonia R. & Gunia M.
Graphics: Virina R.
Do you have a suggestion or comment for BollyCurry? Drop us a PM at BC_Dropbox today!
18 Likes