While B-Town is easily associated with romance, dance numbers and fight sequences, sometimes, there are also more serious portrayals of everyday characters. One such profession that has been time and again showcased by the industry is that of the esteemed doctors, those who tirelessly work to take care of the health of others. So on the day that is celebrated as International Doctor's Day, here's BollyCurry giving a tribute to a few of those actors who played the role of a doctor to perfection, by either bringing a smile to our faces or tears in our eyes.
Featured Video 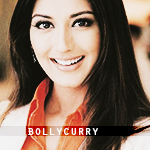 The first celeb-doc is the beautiful and gorgeous Sonali Bendre who played the role of a doctor not once but twice, in two different movies! She was first seen as the shy yet adorable Preeti in Hum Saath-Saath Hain, the blockbuster of 1999, where she played the role of a dedicated doctor who is really concerned about the health and diet of people close to her. She also assisted in Sadhna's (Tabu Hashmi) delivery. Sonali, later in 2003, made a special appearance in Karan Johar's blockbuster Kal Ho Naa Ho where she was seen as Shah Rukh Khan's doctor and friend. Once again, she was very devoted to the care of her patients, in particular Aman (Shah Rukh Khan's character) who suffers from a severe heart condition. 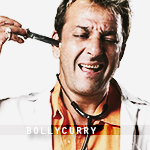 The next celeb-doc on our list is none other than Bollywood's Sanju Baba, Sanjay Dutt. In Munna Bhai M.B.B.S. (2003), he played the character of Murli Prasad Sharma, a crime don in the Mumbai underworld, who fakes owning a hospital, Hari Prasad Sharma Charitable Hospital, and being a famous doctor to fulfill his father's wish of seeing his son be a physician. Unfortunately, his truth is revealed all thanks to his father's childhood friend Dr. Asthana (Boman Irani). His parents leave heartbroken and he decides to become a real doctor. What follows is a tale of comedy and chaos, that shows us that sometimes love and laughter heals more than medical knowledge. 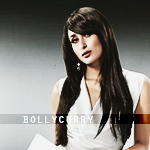 Kareena Kapoor Khan aka Bebo is the next celeb-doc on our list. She was seen as Dr. Tanvi Khurana in Kyon Ki (2005) opposite Salman Khan who played the role of a mentally ill man, Anand, who was completely normal before his fiance Maya's death. At first, Tanvi hates Anand but later, when she discovers his painful past, she starts to spend time with him, leading to his eventual cure. However, when he's finally normal, he dies due to Tanvi's father and Tanvi becomes a mentally ill patient in the asylum wearing the same number that Anand used to wear. Kapoor has also been seen as a doctor in other movies including 3 Idiots (2009). 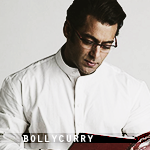 When ones talks about Dabanng Khan, how can Dr. Samir Malhotra in Maine Pyaar Kyon Kiya? (2005) go a miss? This comedy film was directed by David Dhawan and Khan was seen as a very successful doctor who takes good care of the maladies of his patients (especially those of the female gender). After being smitten by the beautiful Sonia (Katrina Kaif) and a series of funny events in an attempt to gain her love, he realizes that he loves his dutiful nurse Naina (Sushmita Sen) instead. 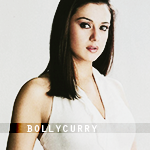 The last, but not the least, on the list is the gorgeous and bubbly Preity Zinta who was seen as a very hardworking and dedicated doctor married to the love of her life, Rishabh (Salman Khan) in Dil Ne Jise Apna Kahaa (2004). Unfortunately, she dies in an accident but being a dutiful doctor, her last wish is to donate her heart to her patient Dhani (Bhumika Chawla).

So, on this International Doctor's Day, BollyCurry hopes that B-Town continues to salute this honorable profession with many more such characters. Let us know who is your favorite Bollywood doctor from this list and beyond!
Author: Alina S.
Editor(s): Shreya S. and Gunia M.
Graphics: Virina R.
Have a suggestion or comment for BollyCurry? Then drop us a PM at BC_Dropbox today!