View Profile
Actress Parineeti Chopra, who made her debut as a bubbly 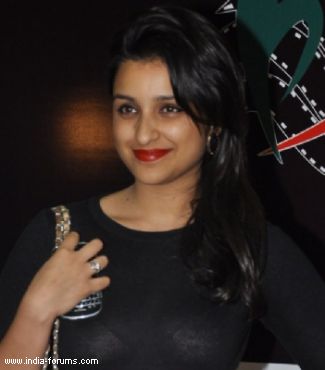 Dimple in "Ladies vs Ricky Bahl" and got bolder in her second film "Ishaqzaade", says actors should not limit themselves.

"I have no limitations because I believe when you listen to a script and the script is awesome, but you refuse it because of just one kissing scene, then you have failed to understand the intent with which the writer has written it," Parineeti told reporters.

"As I was reading the script (of 'Ishaqzaade'), I didn't realise when did the lovemaking scenes went by...If you like the script, then there is no problem whether it has lovemaking scenes, bikini scene or anything. As an actor, one should not have any limitations."

The actress, a trained singer, managed to overshadow Gauhar Khan in a "Mujra" song. However, Parineeti doesn't feel so and calls Gauhar a fantastic dancer.

"Gauhar is a fantastic dancer, she is very quick. I have not overshadowed her at all. I enjoy dancing though I never learned it, so I might not be technically brilliant," the 23-year-old said.