While the saga surrounding the pornography case surrounding businessman Raj Kundra continues to present more developments than one would have anticipated, more names are also being popped which come across as shocking too.

Recently actor Gehna Vasisth expressed her support to Kundra but actor Poonam Pandey mentioned that it was her biggest mistake to be associated with the company earlier. Now, a recent report suggests that actor Sherlyn Chopra has been summoned by Crime Branch's Property Cell in the connection with a pornography case. She has been asked to appear before them tomorrow, July 27, at 11 am. There are speculations doing the rounds on social media that she has been summoned for the pornography case related Raj Kundra.

ANI tweeted, ''Crime Branch's Property Cell summons Bollywood actress Sherlyn Chopra, asking her to appear before them tomorrow at 11 am to record her statement in connection with a pornography case: Mumbai Police''.-

Chopra has been asked to record her statement in connection with 'a' pornography case. She recently did make headlines when she released a statement on Kundra's arrest and further took a dig at Poonam Pandey as well.

For the uninitiated, a Mumbai Court on July 20 sent businessman Kundra to police custody till July 23 and in another bail hearing his custody was later extended till July 27. The case was registered with Crime Branch Mumbai in February 2021 about the creation of pornographic films and the use of apps. 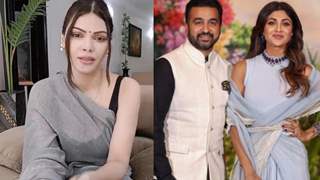