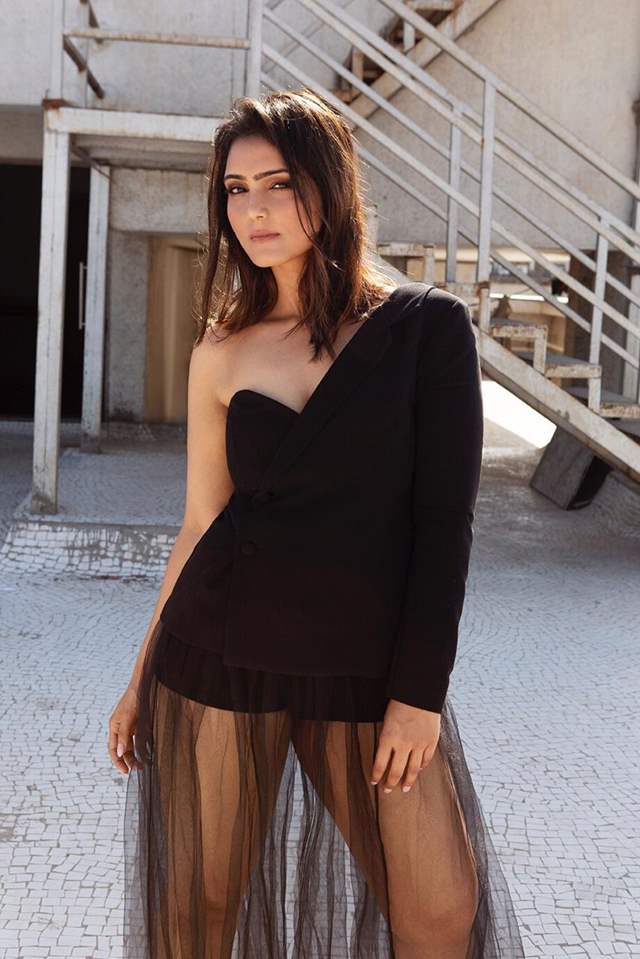 What was planned to be a leisure trip to her hometown converted into work trip as actor Puja Agarwal made her debut in the music video space with the song ‘Mere Sukh bhi Tere Nein’. The song is a latest offering from T Series banner and features singer and lead pair Samrat Sarkar alongside Puja. The actor played a cameo in Rohit Shetty’s Simmba and Priyanka Chopra’s Firebrand. Her last campaign, ‘Main bhi Chowkidaar’ with Narendra Modi got viral.

“Anything first is always special and I am glad that I got this music video. Since this is a lockdown video, I shot my part of the video individually. I was in my hometown Abu Road, when Samrat told me about his video. What was a leisure trip soon converted into a work mode. Since Abu road has a lot of beautiful landscapes we shot some breathtaking videos between Mount Abu and Abu Road which are a delight to watch for in the song. I always wanted my debut music video to be a romantic soft song”, says actor Puja Agarwal.

“The concept of ‘Mere Sukh bhi Tere Nein’ is a romantic soulful number which depicts a couple who are united by love but distant by location. It is a very sweet story of how past memories plays an important role in our lives. We learn to cherish and recall our good memories and be happy during these tough times”.

The song is shot within a span of a week where Samrat who was in Dubai then, shot his initial portions with it and took clearance from Mumbai police to shoot in filmcity and adjoining area where Puja shot for the video completely in her hometown, Mount Abu. ‘Mere Sukh bhi Tere Nein’ was recently released under T Series banner.

Payal Ghosh To File Official Complaint Against Anurag ...
36 minutes ago