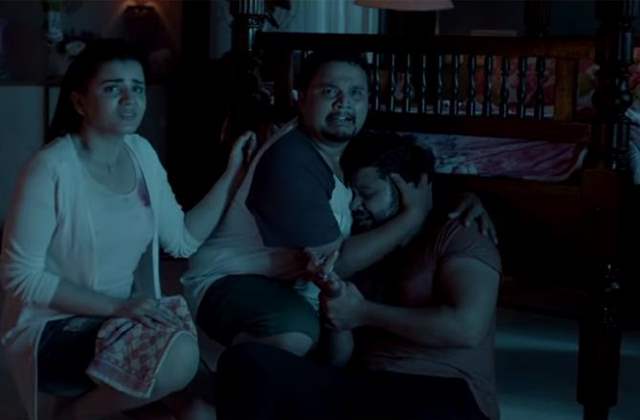 Mane No. 13 is on everyone's wishlist for the very right reasons of having a great starcast, storyline and with such a horror-packed trailer that crossed over 3.5+ Million views and counting, the film is surely going to be spine chilling. The film is less than 24 hours away and actors Sanjeev and Ramana share some spooky incidents off camera and it's going to get you more excited for the film.

Sharing an all new glimpse from the film, Amazon Prime video unveiled a promo and wrote alongside it- “What is the history of the house?”

There’s one scene where Praveen and I play Ouija board. I think Praveen got possessed that night after the scene. He started behaving a bit cranky and I actually could see something behind him when we were doing this. We were doing this scene in the house which is in a huge farm. Praveen and me, we always loved to be outside the house, in the farm with nature. Most of the guys love it, I’m sure nobody can deny that. On that particular day when we shot the scene, he didn’t want to go.

Ramana further shared how they used an abandoned poultry farm that looked haunted like a character,

One more thing which was realistic about that house and we actually used that place was, there was a poultry farm right opposite the house. It was not being used, we used that place and showed it like a character in the movie. It was really looking haunted. So we went inside, opened it somehow and we used it for shoot. Quiet an interesting place, Shimoga is very famous for a lot of forest occupied area. It was a very interesting and good experience.

Mane No 13 is a part of Amazon Prime Video's festive lineup and all set to premiere on 26th November 2020.