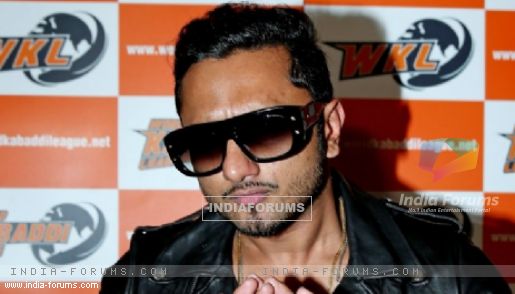 Rapper Yo Yo Honey Singh is happy making music. After giving a shot to acting with Himesh Reshammiya-starrer "The Xpose", he is not ready to face the camera for a film ever again.

At the launch of his new album "Desi Kalakaar" here, Honey was asked if he had any plans to act in films.

"Acting in films? Not at all. I cannot do it, that is very tough. I tried, but that's not my cup of tea. I will stick to making music only," he said.

Honey Singh was seen in a negative role in "The Xpose", which bombed at the box office.