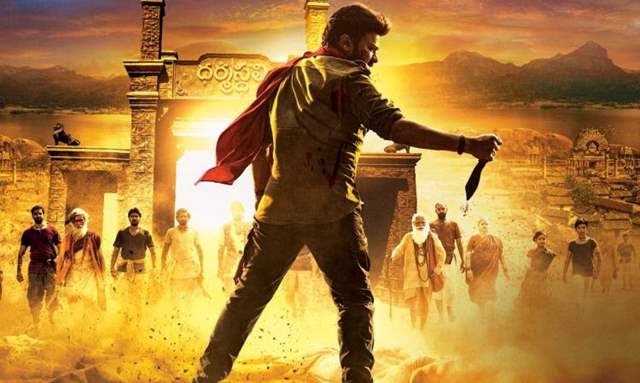 The mega madness has begun as the teaser of Acharya was released today. Chiranjeevi has taken the internet by storm with the much-awaited teaser going viral within minutes of its launch. We surely cannot wait to see the father-son duo of Megastar Chiranjeevi and Mega Power Star Ram Charan come together in Acharya!

Acharya starring Chiranjeevi, Ram Charan, and Kajal Aggarwal is being directed by Koratala Siva. Ram Charan and Niranjan Reddy are jointly producing the film under Konidela Production Company and Matinee Entertainment. Mani Sharma is scoring the music. The film is slated for release in summer, 2021.

In the action-packed teaser, Chiranjeevi turns saviour for a small community of people who are forced to vacate the place and leave from there. The film also stars Ram Charan in a key role. Speaking about sharing screen space with his father, he had said: "It will be an absolute honour for me to be able to share the same frame as my father. Also, it is not a cameo but a full-fledged role for me. I want to thank director Koratala Siva for making this happen."

Directed by Koratala Siva, the film also stars Sonu Sood and Kajal Aggarwal in pivotal roles. This will mark the second collaboration between Kajal and Chiranjeevi.