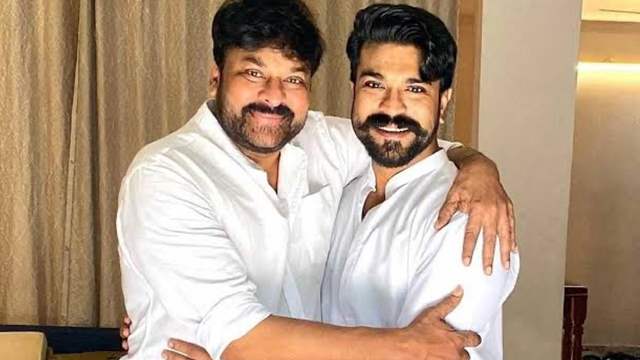 As the number of COVID-19 cases keep rising in the country, new guidelines have been put in place and the nation is yet again under a  lockdown.

In order to curb the spread of the virus, places of public gatherings including movie theatres have been closed for operation. Owing to the current scenario, theatrical release of several movies are being pushed to further notice.

Chiranjeevi, Ram Charan and Kajal Aggarwal’s action entertainer ‘Acharya’ that was scheduled to hit the screens on May 13, has now been postponed. The makers issued an official statement confirming that the film will now release on a later date.

The makers posted the statement on Twitter, which reads, "Keeping in view of the pandemic situation, #Acharya movie will not be releasing on May 13. New Release date will be announced once the situation becomes normal. Wear mask, Stay home & stay safe! #AcharyaPostponed."

Fans will now have to wait a bit longer to see the father-son duo of Megastar Chiranjeevi and Mega Power Star Ram Charan come together in Acharya!