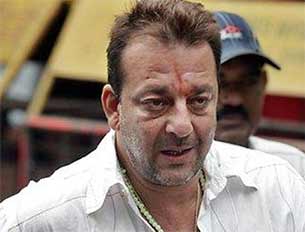 A group of Akhil Bharatiya Vidyarthi Parishad (ABVP) activists protested outside the residence of Sanjay Dutt here Thursday over the recent parole granted to the actor.

The activists shouted slogans against Dutt and demanded that the month-long parole granted to the actor be cancelled and he should immediately be sent back to Pune's Yerawada Central Jail, said ABVP city secretary Yadunath Deshpande.

He said it was surprising how a person convicted for grave offences could be given parole twice in two months.

Deshpande alleged that the grounds of ill-health of Dutt's wife Manyata were not convincing as she was seen attending late-night film parties.

Despite repeated pleas by the demonstrators, Dutt refused to come out and meet them or interact with media persons.

Dutt was granted a month-long parole last week - the second in two months - to care for his wife who is reportedly suffering from heart and liver ailments.