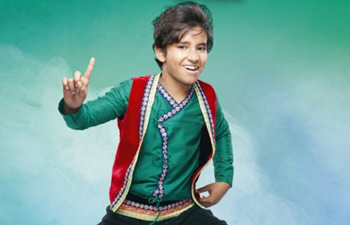 The stage was set and the audience was cheering for the best contestant on Sony TV's kids dance reality show Boogie Woogie Kids Championship which showcased its grand finale this evening.

Well as reported earlier the finale episode was a star studded affair as Bollywood stars made their presence felt on the stage of Boogie Woogie to cheer up the contestants as well as to see their electrifying performances. Beginning with dashing actor Varun Dhawan along with his gorgeous co-actresses Nargis Fakri and Ileana D'Cruz graced the occasion and also promoted their upcoming film Main Tera Hero on the show.

While these stars were performing the contestants Abhishek Sinha, Aryaan Patra, Sachin Sharma, Priyanka Tapaddar and Mohammad Mumtaz too grooved with them and were enjoying their performances to the fullest. Well even these contestants performed in front of the judges as well along with two special guests. These guests were legendary actor Amitabh Bachchan and famous music composer Anu Malik. Big B appeared on the show to announce the winner and also to promote his forthcoming film Bhoothnath Returns'. These finalists were quite elated to meet the noted actor and also grooved in front of him.

Finalists like Mohammad Mumtaz performed on the song 'Kurbaan Hua' from the film 'Kurbaan' and looking at his stupendous performance Amitabh Bachchan was highly impressed with this young child's talent. Then it was Sachin Sharma who performed on the song 'Dum Jaan Mein Dum' from the film 'Dum'. Amitabh Bachchan went speechless and had no words to express his feeling for such an amazing talent these finalists have in themselves. 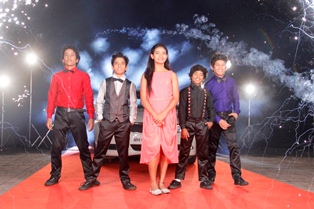 In the meantime the audience, the judges Ravi Behl, Javed Jaffrey and Naved Jaffrey enjoyed the trailer of Big B's film 'Bhoothnath Returns'. The hosts of the show Sargun Mehta and Rakshit Wahi looked pretty good and were also making viewers laugh through their funny gags.

These finalists gave a tribute to Amitabh Bachchan and thus were seen adorning the looks from his films. They performed on all the hit songs.

Abhishek who was elated on winning the competition said, "It was my and mom's dream which has come true." Along with Abhishek Sinha, another contestant Mohammad Mumtaz too bagged a prize for being the most consistent performer in the show. He was awarded a Tablet phone.

Well, the judges concluded the Grand Finale episode stating their desires for Big B. To begin with Ravi Behl who said, "We have been waiting for Big B to make an appearance on our show since 17 years." While Naved said, "I am feeling very proud to have Big B on our show." And finally Javed Jaffrey requested Big B to do their patent step of the show 'BOO' to everyone.

Thus this saw the end of this season of the dance reality show Boogie Woogie Kids Championship!

6 years ago For me Aryan was more deserving the trophy.. Anyways all the best Abhishek for you future works :)

6 years ago Congratulations Abhishek! Best for the future!

kheladi 9 years ago Thanks for the review. This sounds like a good movie to watch

panache19 9 years ago omg! i watched this movie and most definitely it has been THE best in the line of 2011 releases so far! simply loved it!!

NAVIT 9 years ago I think this was most interesting movie for 2011 so far. I enjoy watching this movie.

amyswan 9 years ago sound like an interesting movie. I will see this movie in coming weekend.