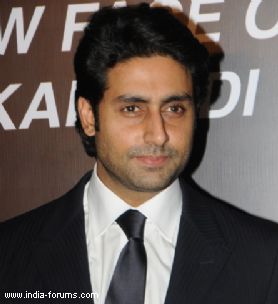 After extending support to the Jaipur franchise of Pro-Kabaddi, a professional Kabaddi league, actor Abhishek Bachchan plans to start a women's kabaddi league in the future.

He says women's participation in sports is as essential as it is for men.

"As far as women in sports is concerned, it is equally important for them as it is for men," Abhishek said here Tuesday at the launch of the official online store of the National Basketball Association (NBA).

A sports buff, Abhishek said that women's involvement in sports is an integral part of a society's growth.

"As far as my kabaddi league is concerned, we are having women kabaddi matches with the men, and we have an agenda to start a women's kabaddi league in future," the 38-year-old said here.

He hopes to make a small start towards that and hopes it grows into a movement.

Abhishek played basketball during his school and college days and believes Indians can do very well in the sport.

"Kabaddi is part of what I am doing, but tomorrow if NBA starts doing something with basketball, I would be the first person to volunteer. I think it's a brilliant sport and a sport in which Indians can excel. I wish we can do some more to promote it," Abhishek said.

On the professional front, Abhishek is currently shooting for "Happy New Year."