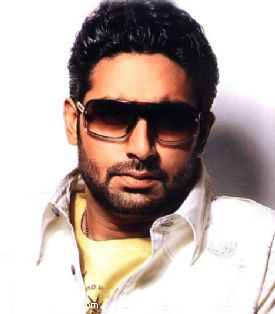 New Delhi, Sep 16 Actor Abhishek Bachchan, who got injured while shooting for a film and received six stitches above his right eye, is doing well, says his father Amitabh Bachchan.

Abhishek was injured Wednesday on the sets of Rohit Shetty's 'Bol Bachchan' in Jaipur.

'Abhishek looks better and seems to repair fast enough... thank god!! But to all those that SMSed in on his condition... thank you,' Big B posted on his Twitter account.

Actor Sonu Sood, who made his debut in Bollywood with 'Shaheed-e-Azam Bhagat Singh' in 2002, walks down the memory lane remembering his struggling days.

'Shooting at filmcity, 3.15 a.m., exactly at the place where I was standing 11 yrs ago watching others shoot. Remember had to bribe to get an entry,' Sonu posted on Twitter.com.

Ever since Sonu has been part of films like 'Yuva', 'Aaashiq Banaya Aapne', 'Singh is Kinng' and Salman Khan-starrer 'Dabangg'.

If you thought A.R. Rahman is only passionate about music, here is a surprise for you - he loves the camera and enjoys capturing nature through his lens.

It was director Imtiaz Ali who discovered this side of the composer while working with him for 'Rockstar', which is being produced by Shree Ashtavinayak.

Imtiaz, during one of his visits to Rahman's studios in Chennai, got into a casual conversation with the music director about travelling and discovering new places.

He complained to Rahman about all the tourists who travel to exotic locations and then instead of enjoying the view, are too busy clicking photographs. They look at everything through the lens instead of taking it in with their eyes.

Rahman simply heard out Imtiaz's point of view but said nothing.

Sometime later, when Rahman came to visit the film's shooting in Srinagar, Imtiaz took him around to see Pahalgam and other beautiful places. The music maestro took out his camera and got busy shooting the picturesque locales. Throughout the trip he did not part with his camera! At one point he turned around and told Imtiaz: 'I am the kind of tourist you don't like'.

Imtiaz also discovered that Rahman is a gadget freak and owns all the latest hand-held cameras possible, including a 7D camera.