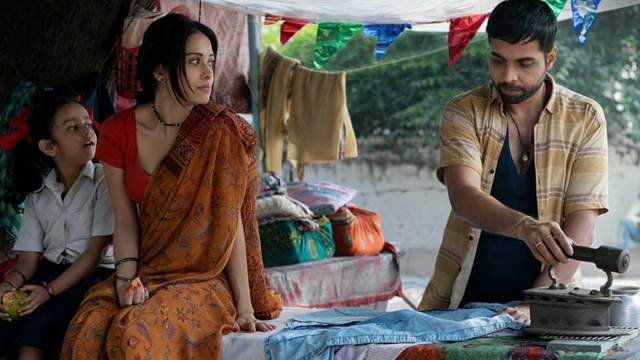 Abhishek Banerjee is back again to win the hearts of the viewers with his upcoming anthology film 'Ajeeb Dastaans', produced by Dharma Productions. Headlining the movie, Abhishek has been paired opposite actress Nushrratt Bharuccha, but what’s more interesting for the viewers is that the duo will be seen reunited after two years on the silver screen to work together for their current venture.

Abhishek Banerjee and Nushrratt Bharuccha collaborated for the first time on Raaj Shandiliyaa’s Dream Girl, which proved to be a success on both critical and commercial front.

A very close source to the actor shared, "For Ajeeb Dastaans, Abhishek will be seen with Nushrratt Bharuccha where he will actually be playing a romantic role for the first time.The Duo met after a long gap and was quite ecstatic to reunite after so long. Both of them really enjoyed shooting and had a great experience working together".

Given that the duo was applauded for their performances individually in Dream Girl, their reunion in Ajeeb Dastaans is sure to leave everyone excited.

Produced by Dharma Productions, Ajeeb Dastaans is an anthology of four strangely contrasting stories that delve into fractured relationships and unexplored spaces.

Although Abhishek is currently shooting for Amar Kaushik’s Bhediyaan in Arunachal Pradesh, the actor is all set to entertain his ardent fans with Akarsh Khurana's Rashmi Rocket, Umesh Shukla's Aankh Micholi and Satram Ramani's Helmet.