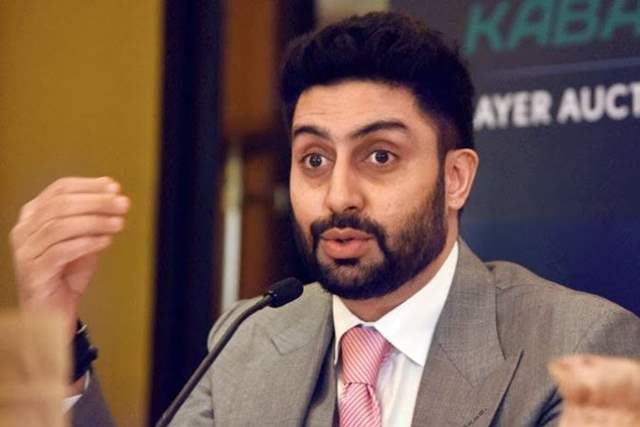 Actor Abhishek Bachchan has suffered an injury and has been admitted to Lilavati Hospital in Mumbai. It so happened that the actor suffered an injury to his hand while shooting for his upcoming project. It is said that there are chances for a fracture and he is receiving treatment for the same as of now. Father and icon Amitabh Bachchan and sister, Shweta Bachchan Nanda visited him in the hospital a couple of days ago.

The CEO of Lilavati speaking to Indian Express confirmed the development. Calling it a ‘minor injury’, he shared, “Abhishek Bachchan came for a few hours yesterday with a minor hand issue. He was discharged and has already gone home.”

Last week, Junior Bachchan was spotted at the airport seeing off wife Aishwarya Rai Bachchan and daughter Aaradhya. Rai Bachchan was set to fly off to Madhya Pradesh for shoot of her upcoming Mani Ratnam movie, Ponniyin Selvan.

We hope Junior AB continues to recover and is feeling better at the soonest. On the workfront, Junior AB has multiple films in the pipeline which include Bob Biswas and Dasvi.