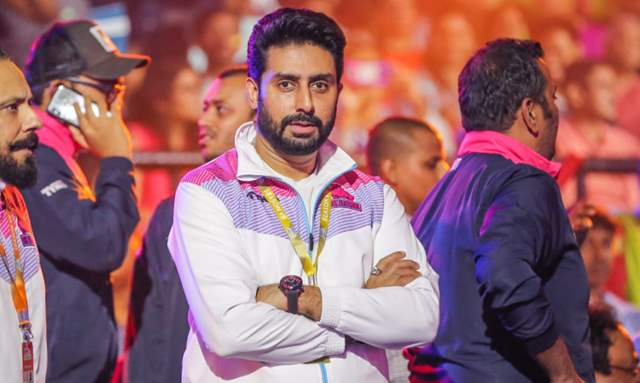 On December 4, Sons of The Soil made its much-awaited debut on Amazon Prime Video. Directed by Alex Gale and produced by BBC Studios the sports docu-series takes us behind the scenes. It is an honest look into what goes into making a successful team. Recently Abhishek Bachchan (team owner) was seen talking to family members of his players.

Abhishek treats his players just like his family. So it comes as no surprise that he had fun and light-hearted chat with the family members of his player's with a lot of humility.

Abhishek also backed the shy yet sometimes furious nature of Sandeep Dhull saying, "When Sandeep gets angry, it means that a huge mistake has happened." he mentioned to Dhull's brother.

Abhishek took to his social media to share, "Friends & family are the real strength of these Panthers. It was my sheer pleasure to meet the family, who much like the Panthers are interesting and equally inspiring. #SonsOfTheSoil @PrimeVideoIN @JaipurPanthers @Sandeep_Dhull_4"

The video goes on to show the camaraderie that Abhishek shares with his players. His players and their family members too praise the actor's work. The Jaipur Pink Panthers family looks closely knit as they can be seen sharing a good rapport.

It feels like 'Sons of The Soil' has set in the kabaddi fever. Make sure you go check out the series if you haven't already. Streaming now only on Amazon Prime Video.